CHINA'S 10% GROWTH ON 15% POWER USE GROWTH; OUR RECESSION ON PROPOSED 50% REDUCTION 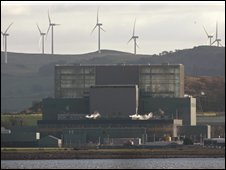 Browsing I came across this in an otherwise unremarkable article about China & renewables.

China's biggest advantage might be its domestic demand for electricity, which is rising 15 percent a year... (by demand they clearly mean supply, since demand, at the right price, is infinite)
To meet demand in the coming decade, according to statistics from the International Energy Agency, China will need to add nearly nine times as much electricity generation capacity as the United States will. As a result, Chinese producers of generating equipment enjoy enormous efficiencies from large-scale production.

In the United States, power companies often face the choice of buying renewable energy equipment or continuing to operate fossil-fuel-fired power plants that have already been built and paid for.

In the US & indeed UK the real problem is being allowed to build power plants, particularly if you note that the most inexpensive & reliable power source is nuclear.

The link between availability of electricity & economic growth is clearly established. China produces $2.45 of GNP per kWh used, the developed world averages $3.90 & the UK stretches our power most in the developed world (excluding Ireland, Hong Kong & Singapore which are obvious special cases) by getting $6.14 GNP out of each kWh. Currently we are not increasing our electricity at all, indeed it is set to reduce sharply with ending our last nukes & new emission standards. Indeed the Scottish Parliament has unanimously voted, in a manner which proves them all clinically insane or lying to make themselves look better by appearing clinically insane, to destroy half our electricity over the next 10 years.
Since China is increasing its capacity by 15% a year & getting 10-11% growth most years it seems likely that if we did the same we would do at least equally well. Currently Scotland's power use comes to about 5 GW (8% of the UK). One new 1 GW reactor (there is no real limit to the number of reactors you can have on 1 site) would not exceed that 15% increase since it takes 3 years to build one & in 3 years growth compounded would mean 15% was 1,1Gw. This could be started instantly, it would only take somebody actually interested in improving things to be "Starting in January, in a McCain-Palin administration, we’re going to ... build more nuclear plants". It is only government paper parasitism that makes it take 10 years to build a nuke - the actual building takes 3 years.

China's economy is not doing well it is merely doing adequately. Ours could do well if the lunatics weren't running the government.

Or can anybody deny that Brown, Obama, Cameron, Clegg, Pelosi et al are indeed either insane or pretending to be to look good?

Comments:
I'm honestly starting to think they are happy to see the lights go out. Even the most unreal wish thinking can't conflate wind with effective power generation.

So it's a form of misanthropy ultimately, unless they are really, really stupid a la
Jim 'a whip said it was okay' Devine