WHERE TO SPEND £150 MILLION

Met Office's spanking new HQ
Yesterday I said we should sell off the Met Office which gets £170 million annually from the taxpayer. Lets assume about £20 million of that would have to be paid by government departments, particularly the MoD where that budget is currently buried, thereby keeping it safe from scrutiny & making our defence spending look higher than it actually is. I suspect that is not a low figure since buying satelite pictures is not exactly expensive. I will also assume that the amount raised from selling will be negligible, though if I am wrong about them not providing value for money one would expect selling it off to raise about £1 bn.

This leaves us with an extra £150 million a year. Incidentally this might be a useful reform - that ministers who come up with a suggestion of some other department that can be cut get to keep a proportion for some new project they support - that might concentrate ministerial minds wonderfully.

So what should we do with that money?

I have previously said how to cut the deficit to zero and how to fund the world's best space programme. Onward.

I would put most of it, about £120 million into a Prize foundation for non-space technology. We know that Prizes are from  33 to 0( times more effective than normal government grant giving at inspiring innovation.

In particular I would have them set up prizes for research into aging {the M-Prize of £1 million for life extension of a mouse is an example which can be massively scaled up}. I would also like to see similar prizes for development of drugs or other methods of increasing IQ. I believe there is considerable potential for this and the fact that there are various hereditary neurological diseases and imbalances in the Jewish community may be a pointer to researchers.

Finally I would provide voluntary summer schools for the top 1% of schoolchildren. On that summer they should be taught everything expected in the next year of schooling and those that pass could move up a year. The top 1% of the countries brains (perhaps less than that) are our greatest national resource and should be encouraged not wasted. 1% of schoolkids would be about 10,000. Assuming 2/3rds accept the offer & that it costs about £5,000 per head (normal costs for state schooling over a year do probably a considerable over estimate) we get about £33 million annually

Now does anybody, outside the warming alarmist movement, not think that would do more for the country than the Mwet office?

PRIVATISE THE MET OFFICE, SAVE £200 MILLION ANNUALLY & GET BETTER FORECASTS

The Met Office (originally an abbreviation for Meteorological Office, but now the official name in itself), is the United Kingdom's national weather service, and a trading fund of the Ministry of Defence...

The Met Office was established in 1854 as a small department within the Board of Trade under Robert FitzRoy as a service to mariners.

According to wikipedia. It also gets a subsidy of nearly £200 million. A "trading fund" is effectively a wholly owned government company getting half of its income from fees.

So are we getting value for our money. 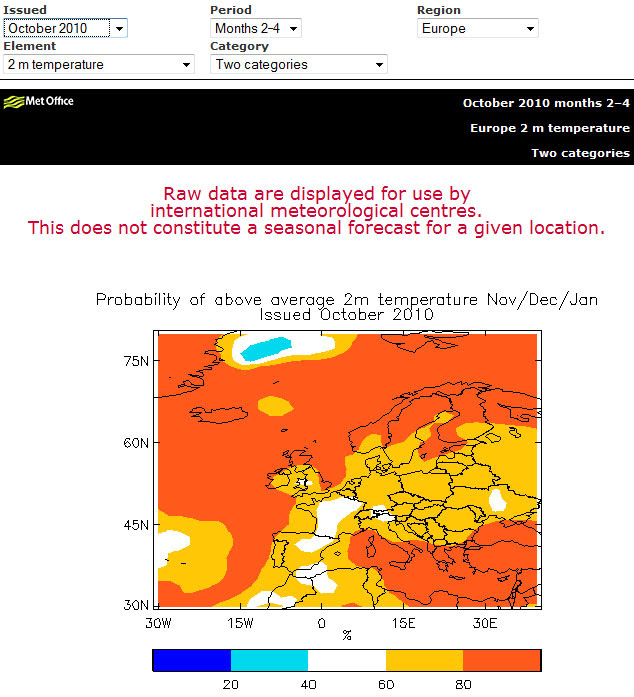 Apparently not. We have had years of the Met Office promising barbecue summers and mild winters. Prior to this winter we had this "prediction not a forecast" for them predicting an average 80% chance of it being warmer. At the same time (i.e. shortly before the Cancun catastrophic warming jamboree) they were telling the government that it would be a cold winter. This is not value for money for the taxpayer (though arguably it is good value for those in government who think their job is to promote false scare stories).

While last century there was good reason to collect and distribute weather information nationally we now live in a world where weather satellites cover the planet & indeed they alone may have saved more money and certainly far more lives, than the entire space programme ever cost. Weather forecasting is no longer a natural monopoly for single countries.

I suggest that we simply sell off this "trading fund" to the highest bidder. There is nothing, except political censorship of weather forecasts, to be lost. The gain would clearly be the vast majority of the 200 million subsidy (government departments would still have to pay some fees for information they want but being able to compete worldwide would be able to get the best as well as the cheapest, neither of which is currently provided).
======================================

Just as it is incumbent on any remotely honest politician* saying he wants to spend more money to say what taxes he would raise or other spending cut to provide it I feel the right to suggest ways to spend it and I will do so tomorrow.
*OK I don't know of any politician who has done so.

I confirm that Monday Jan 24 the Bologna University Report will be published on the Journal Of Nuclear Physics. I repeat that everybody will be allowed to use it in every kind of publication, online, paper, written, spoken, without need of any permission. It will be not put on it the copyright.

The test run on January 14 lasted for 1 hour. After the first 30 minutes the outlet flow became dry steam. The outlet temperature reached 101°C. The enthalpy during the last 30 minutes can be computed very simply, based on the heat capacity of water (4.2 kJ/kgK) and heat of vaporization of water (2260 kJ/kg):

There were two potential ways in which input power might have been measured incorrectly: heater power, and the hydrogen, which might have burned if air had been present in the cell.

The heater power was measured at 400 W. It could not have been much higher that this, because it is plugged into an ordinary wall socket, which cannot supply 12 kW. Even if a wall socket could supply 12 kW, the heater electric wire would burn.

What should we make of all this? In a skeptical group like this, some healthy skepticism is warranted. On the other hand, the energy release is impressive and very hard to explain chemically or as physical storage in a crystal lattice. It will be interesting to see how things develop.

OK "cold fusion has not been well proven so far, on the other hand there have long been results showing substantial heat production which conflict with the Law of Conservation of Energy (& anybody doubting that is going a lot further out on a limb that any CF proponents). Nonetheless the field has been rubbished, ensuring that research funds are not available & anybody looking at it need not apply for other jobs.

When CF was first announced it appeared to offer unlimited non-polluting energy - something which the Luddite movement has said they wanted up till then. Their reaction was horror If you ask me, it’d be a little short of disastrous for us to discover a source of clean, cheap, abundant energy because of what we would do with it. We ought to be looking for energy sources that are adequate for our needs, but that won’t give us the excesses of concentrated energy with which we could do mischief to the earth or to each other.

The only real good technology is no technology at all. Technology is taxation without representation, imposed by our elitist species (man) upon the rest of the natural world.

I find Ehrlich's remarks particularly revealing - despite having been entirely wrong in every doomladen prediction for over 40 years (but still receiving large amounts of money from numerous foundations for doing so) it is quite clear that he regards us common people as the "idiot children" to be kept under control by bogey men invented by government funded "adults" like himself.

WE CAN COPY CHINA'S ECONOMIC GROWTH AND BETTER IT

This is a response to an article on the Adam Smith Instithttp://en.wikipedia.org/wiki/Exogenous_growth_model#Empirical_evidenceute saying we cannot match them.

The article is primarily a restatement of the theory that theory that standards of living in different countries must converge. History shows the opposite. Even wikipedia acknowledges "Since the 1950s, the opposite empirical result has been observed on average" and anybody who knows history over the last 2 centuries can see that while wealthy countries today can be over 100 times better off than the poorest this was not the case then. This is supported in China's case by the fact that their growth is an average, with the fastest Guandong, growing at nearly 20%which is also already wealthiest growing at nearly 20% and the more backward inland provinces stagnant.

The evidence then is that we could be growing faster than China if we were to be making as much effort as them.


try to develop a better way of tilling your field, and that will give you a productivity boost. But it’s an uncertain process and much slower than just adding tractors. This is essentially where we are in the West – we’ve maxed out the amount of capital we can add, so growth now comes from innovation in business and technology.

In fact precisely that option is open to us. Genetic modification of plants is entirely practical and is increasing yields - in China but not in Europe where such new technology is banned. The same applies to electricity production where China is building coal & nuclear plants while we subsidise windmills, at at least 4 times the cost. That, alone, is why China now has more electrical capacity than the entire EU. However we do still have the technological edge in trained engineers and could start producing inexpensive nuclear power any time government would let us far more easily than China can. Despite the fact that China is still a heavily regulated bureaucracy they are out pacing us not because that is the law of nature but because they are adopting modern technology and we are adopting Luddism.

Pretending that our problems are not self inflicted is the first step to solving them. I regret that the ASI seems intent on not even taking that first step.