Change Scotland - Going for economic growth can save the Tories 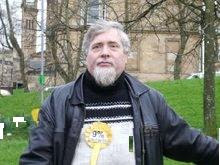 Think Scotland has published a slightly amended version of one of my articles on here about the future, or otherwise, of the Scottish Conservative party.

One of the most depressing things about the last Holyrood election was seeing the Tories refusing to offer income tax cutting, serious business tax cuts or new nuclear power and instead making their unique selling point more council houses and more money for drug addicts because this fits closely with what all the other parties consider the consensus.

That did not pick up votes from swing voters and actively discouraged their own vote from coming out.

I hope it will be thought about by anybody wishing to see an injection of sane & genuinely progressive thought into Holyrood.

More personally I hope for some comments there.

This one probably won't work but what have we to, lose?

The theory about suspended animation is that we freeze people as they die & when the technology is good enough it will be possible to revive them & cure whatever killed them.

The first problem is obvious - we don't know how to successfully revive people. However progress is being made

In June 2005 scientists at the University of Pittsburgh's Safar Center for Resuscitation Research announced they had managed to bring dogs back to life, most of them without brain damage, by draining the blood out of the dogs' bodies and injecting a low temperature solution into their circulatory systems, which in turn keeps the bodies alive in stasis. After 3 hours of being clinically dead, their blood was returned to their circulatory systems, and the dogs were revived by delivering an electric shock to their hearts. The heart started pumping the blood around the frozen body, and the dogs were brought back to life.

While most of the dogs were fine, a few of the revived dogs had severe nervous and movement coordination damage

That is extraordinarily good considering that there is absolutely no reason to try to revive until it can be done safely & that that need not be for centuries. When you look at the current rate of progress it would be foolish to suggest that we will not be able to do this safely by then or that almost any cause of death couldn't be cured by then.

I think greater worries would be that the expansions of water in freezing could break cell walls within the body or that it will turn out that most memory is stored electrically within the brain & will disappear over time. However the dog experiments, as far as they go, tend to disprove that & anyway, as if you aren't willing to play you can't win.

The reason this is a Big Engineering concept is because of the economies of scale possible. If this was done routinely in hospitals it would be a routine mass system. In particular keeping millions of bodies deep frozen is far cheaper per person than keeping one because of the square cube law. Heat enters through the surface. If one body storage unit has a surface area of 40 square feet, one million would make up a cube of less than 240ft on a side (345,000 sq ft) with under 9,000 times the surface are. That could easily be kept frozen almost forever underground by Hyperion style small generator refueled each decade.

Currently you have to be nearly as rich as Walt Disney to do this (no he is buried in Forest Lawns) or just get your head frozen in the not unreasonable hope they will be able to regrow bodies some day but if the government push was there to build Hibernaculums (Hibernaculae) it could be done for everybody.

SOME FACTS ABOUT HOLYROOD'S £2.3 BILLION FORTH CROSSING PROPOSAL

15th January 2009 - Forth Replacement Crossing Debate –
Scotland’s biggest ever project - 17 MSPs turned up. To be fair this is one more than turned up on 4th April 2000 for a presentation on the proposed new Holyrood building.

Only 2 bridge projects have cost above £4 bn - the Japanese Pearl bridge - the world's longest, wider & built to withstand earthquakes & hurricanes; & the Oresund combined bridge & tunnel project, which is wider & totals over 8 km, linking Sweden & Denmark & including an artificial island.

The economist Professor John Kay, a member of the Scottish government’s Council of Economic Advisers, last week described the price of the bridge as “very high and extremely hard to justify”.

By comparison the Severn Bridge cost £480 million in 1996 (equivalent to £810 million in today's costs). Still high by world standards but not remotely comparable to the rip off we are facing.

The QE 2 bridge at Dartford cost £96 million (£139 million today); the Millau Viaduct in France is £400 million in today's (they spent extra to make it beautiful); Stonecutters bridge Hong Kong £234 million.

I will be contacting other MSPs to see if any of them can improve on the record of the Glaswegians MSPs (84% no replies, on saying there must be geological reasons which cannot be specified, making Scotland so many times more expensive than anywhere else in the world & equally moreso than 50 years ago. What the unspecified & unnoticed upheaval in Scotland's ground structure has been is not known.

The evidence shows that it would be perfectly possible to build this bridge for the same cost that such bridges are built elsewhere in the world but that even this would be unnecessarily expensive - we can build a tunnel or recable the current bridge with stronger cables & expand the roadway for a small fraction of even that price. However if we are not being deliberately stolen from on a truly massive scale then all the other MSPs should have no difficulty answering. We shall see - this has the makings of a scandal that makes the Holyrood costing look honest.


HT to Tom Minogue & this presentation