Liberal Societies and Technocracies and Where We Stand

"The concept of a technocracy remains mostly hypothetical, though some nations have been considered as such in the sense of being governed primarily by technical experts in various fields of governmental decision making. A technocrat has come to mean either 'a member of a powerful technical elite', or 'someone who advocates the supremacy of technical experts'.[1][2][3] Scientists, engineers, and technologists examples include these technologists who have knowledge, expertise, or skills, would compose the governing body, instead of politicians, businesspeople, and economists.[4] In a technocracy, decision makers would be selected based upon how knowledgeable and skillful they are in their field."                            (definition from Wikipedia)


Now to call either Kinnock, Baroso, Mandelson, or any of the rest of them a "technologist" with "knowledge, expertise or skill" beyond the skills required of windbags and fraudsters is clearly nonsense. I doubt if any of them can handle machinery much more complicated than a knife and fork.

China and Singapore probably can be correctly classified as technocracies. China's leaders almost all have engineering &/or accountancy credentials. Singapore's ruling party goes to considerable lengths to ensure anybody carrying their rosette has technocratic ability & the results and people's votes suggest this works (China's is more debatable - the people are probably fairly happy with the government but we don't know because they aren't asked).

There is a good case for genuine technocratic government. Democracy does have the problem that those elected are fairly representative of the electorate, almost 50% of whom are of below average intelligence. On the other hand rule by elites has the problem that they have their own interests and beliefs rather than all of societies as their prime interest. Also that after a generation or 2 they may be much less elite.

But what we have running the EU (and to an ever increasing extent at home too) has none of the benefits of either democracy or technocracy while keeping the dis-benefits of both.

People of no exceptional intelligence running things without considering us, just as if they were an elite.

A few days ago I mentioned the SNP's childcare policy being an invented PR lie masquerading as a carefully costed policy. Well in a follow up to that the SNP have, typically, refused to answer an FoI on the matter for this amazing reason:


"Disclosing this advice and evidence while the childcare policy is still under discussion and development may undermine or constrain the Government's ability to develop that policy effectively."


Which is simply a boast that the SNP think that, under no circumstances, should the mere public have any knowledge of the formation of new polices, and thus by definition no influence. It should, ideally, emerge like Aphrodite, from the furrowed brow of Sturgeon, Salmond or the rest of these intellectual pigmies. It doesn't really matter whether this reason is the genuine one or just something thought up as an excuse to hide the lack of anything behind the curtain to support the policy. If they believe it or if they believe it is a sensible excuse, they must believe it.


It is not just the SNP, of course, who believe no idea should be considered ever, under any circumstances, be willing to look at any new ideas that don't come from party leaders, which obviously is a tight limit.

So here is the alternative - Dan Hannan on why a free society with the rule of law applied equally and lightly, to all, which often but not automatically means a democracy & definitely something that EU "technocrats" don't even understand.

"Most Brits do indeed believe in British exceptionalism. But here's the thing: They define it in almost exactly the same way that Americans do. British exceptionalism, like its American cousin, has traditionally been held to reside in a series of values and institutions: personal liberty, free contract, jury trials, uncensored newspapers, regular elections, habeas corpus, open competition, secure property, religious pluralism.


The conceit of our era is to assume that these ideals are somehow the natural condition of an advanced society—that all nations will get around to them once they become rich enough and educated enough. In fact, these ideals were developed overwhelmingly in the language in which you are reading these words. You don't have to go back very far to find a time when freedom under the law was more or less confined to the Anglosphere: the community of English-speaking democracies. 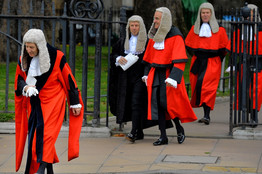 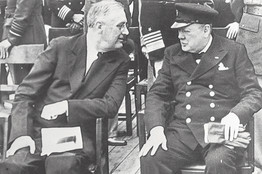 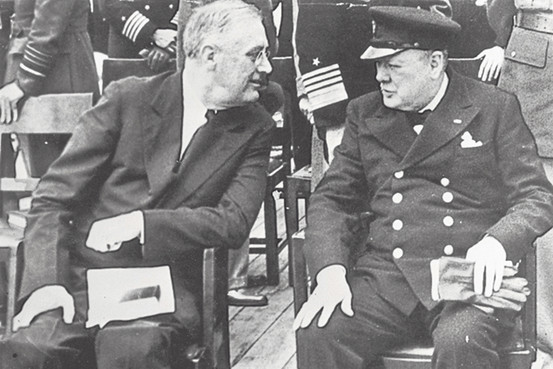 Franklin Delano Roosevelt and Winston Churchill on board the HMS Prince of Wales, August 1941 Hulton Archive/Getty Images
But India has long since passed its moment of maximum orbital distance from the other Anglophone democracies. The traits that continue to set it apart from most of its neighbors are, for want of a better shorthand, Anglosphere characteristics.
In India, governments come and go as the result of elections, without anyone being exiled or shot. The armed forces stay out of politics. English is the language of government and of most universities and businesses. Property rights and free contract are secured by a common-law system, which remains open to individuals seeking redress. Shared values lead to shared habits. When, in the aftermath of the tsunami 10 years ago, the U.S., Australian and Indian navies coordinated the relief effort, they found an interoperability that goes beyond even that found among NATO allies.
If India were to take its place at the heart of a loose Anglosphere network, based on free trade and military alliance, the future would suddenly look a great deal brighter. Of course, to join such a free trade area, the U.K. and Ireland would have to leave the EU. But that's another story"