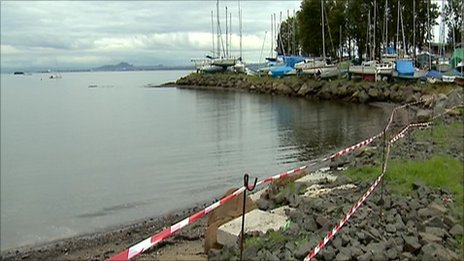 "Assuming SEPA have been running your investigation into alleged manmade radioactivity at Dalgety Bay in the proper scientific manner the very first thing you must have done is to determine the number of aircraft destroyed at that beach; weight of paint required to paint the numbers on each of the dials in such aircraft; and the proportion of paint that consists of radium ...

Secondly, since any serious scientific investigation of substances requires a control example you must have carried out a similar investigation into the radioactivity level of a comparable and presumably adjoining beach"

Unsurprisingly the answer provided no answer to these. However it does answer the questions of whether SEPA have even attempted to answer these and therefore whether it is even possible for SEPA to have been engaged in a scientific procedure. No and No.


"SEPA is considering these aspects as part of our investigation; however precise data is not available"

"when monitoring for background (control) can be on an area of the site itself",

If SEPA has no precise data on the maximum possible contamination and has made no serious attempt to obtain such data it simply is not engaged in a scientific investigation and is not capable of making any honest assessment pf the site. The answer implies but doe not say, that the MoD have refused to provide the data. The MoD have claimed to be co-operating with this inquiry so one or other is lying. My bet is that it is SEPA but we will see.

The "control" area being the site itself is clearly nonsense. Warming alarmist claims that we had a particularly warm October depend on looking at previous Octobers. Not even they would say that this October was the warmest October for 11 months. SEPA clearly aspire to being far less scientific than even them.

If they have no idea how much time has been put into searching for particles (a particle being merely a clump of rock/soil which is significantly more radioactive than the others and random variation is bound to produce a large number of them, then they can have no idea whether such clumps are more, or less, common than elsewhere, though obviously since the average Aberdeen street is more than 50% more radioactive random chance would produce many more clumps of greater radioactivity there.

SEPA have said that unless the MoD ponies up an unspecified amount of money to take action they resolutely refuse to specify, to prevent a "threat" they are unwilling or unable to produce evidence for, within  3 months (ie at the end of January or early Feb) they will designate the land a "radiation hazard" despite there being no evidence whatsoever that it is more "hazardous" than any other similar piece of land and is agreed as being less radioactive than some. SEPA will do this on the basis that they do not need evidence and "It will not change its mind".

They have been given the power to ruin this (or any other) thriving community anytime they want, without any scientific justification and this corrupt, lying, entirely parasitic bureaucracy intend to have their fun.

And neither the local MP, whose legal duty is to his constituents, nor any other elected politician is willing to stand up for the people.

Another enquiry
Dear SEPA,
In response to your recent reply to my FoI on Dalgety Bay I would like, under the same rules, to ask for clarification.

Your answer on the first point - what is the theoretical maximum amount of radiation present - implies that  the MoD have refused to supply data they must have known. The Mod, however, have said they have co-operated with you. I would therefore like to see a copy of the communication from the MoD refusing this reasonable request - assuming it exists.

I would also like to know what "imprecise" estimate you have been using for all this time and what it was based on?

Since SEPA decline to give even an imprecise estimate of how much effort has been put into this does SEPA accept that the average square mile of land, to a depth of 1 foot, would yield 9 tons or uranium and thorium and 1 gram, vastly more than you have actually found - if SEPA were to put enough effort into searching for it. Obviously much more if it were done in any Aberdeen which is the closest thing SEPA have produced to a control area.