The Courier (Dundee) published this letter of mine on Friday It had gone out to all and sundry.


David Cameron's publicly "calling in the energy companies to tell them off over prices" is a disgraceful bit of PR fluff, naturally supported by most other politicians.

The fact is that the reason electricity prices are going up is purely because of the activities of politicians like him.

They have been told, for years, that taking money from bills to subsidise windmills is bound to put up prices - indeed it is so obvious they should not have needed telling.

While people are getting paid up to 46.4 a unit for electricity when, according to Royal Academy of Engineering figures, even under current rules, nuclear costs 2.2p.

If nuclear were not under the burden of politically imposed rules which have no possible safety justification it would cost about half as much.

If mass production were allowed it would probably be halved again. Thus at least 93% of the average electricity bill (£1200 out of £1300) is imposed by politicians.

The facts are clear and cannot honestly be seriously disputed. That is why no remotely honest politician can seek to blame the people producing power, rather than the politicians preventing it being produced, for the price.

The only editing was that |I wrote it in 2 paragraphs and they expanded it to 7. The normal complaint from the Scotsman is that my letters are too long so I normally try to minimise the paragraph count but divided up this way actually emphasises the points I am making. Thus I am very pleased with this publication.

I am very pleased with this letter and the way the Courier have treated it.

So far they have not published any letter from an "environmentalist" or indeed corrupt politician, disputing anything here but I will keep watching  . 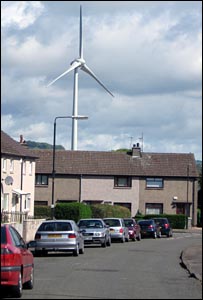