What We Are Paying for Electricity and What It Can Cost

I recently read that politicians are very anxious not to let the public know the extent of subsidy we are forced to give "renewables". I am thus reprinting bits from a Scotsman "Energy Ecosse" advertising supplement of 7th Sept p 7 which they did not put online with a few editorial points:

"solar generation systems create a payback of some 10 to 12 % a year on a basic investment of around £14,000 .....what for many households will be virtually a risk free investment. Best of all the FIT (scheme's name) is inflation-indexed for 25 years and that really adds up to a very attractive proposition, particularly for higher rate tax payers.... the new tariff, when it is announced in 2012, is likely to be lower .. factoring in the inevitable reduction in equipment costs that come with the mass take-up of a technology.... but those who buy before the new tariff is announced in 2012 will benefit from being locked in  ... for the next 25 years.

... thanks to FIT the government pays out 43.3p per KwH of generation. This comes direct to the household from its electricity supplier in the form of deduction on the electricity bill and, when the bill is zero, in the form of a cheque. The supplier has no option on this. It has to pay.

... disincentives to buying a larger system...you have to get your district network operator ... to check that the power lines to the house are sufficient to accept the additional capacity being generated and put back into the grid. The exported current itself generates an  income stream on top of the 43.3p FIT. Currently the household receives  a standard 3.1p for every KwH that it exports to the grid instead of using itself.

..... Providers currently charge households around 14p per KwH so using electricity saves 14p while exporting it earns 3.1p . The arithmetic does not favour exporting until you have used as much as you would normally (actually my reading is that using it saves 43.3p + 14p = 57.3p but lets not get greedy)

....Basically you want to use ;power intensive items, such as dishwashers, when the sun is shining. And in the winter you want to use electric heaters rather than gas central heating while the system is producing useful power."(and only sell it when the power it is producing is useless to the seller and probably therefore to the rest of us)

So 46.3 per |KwH By comparison the current cost of nuclear in Britain is 2.2p http://www.raeng.org.uk/news/publications/list/reports/Cost_Generation_Commentary.pdf   fig2 p5 . It could  be lower (& is in some countries). It is undisputed that at least 50% of the cost of nuclear must be unnecessary regulation and around 50% of the rest be the fact that regulation prevents mass producing off the shelf plants with the consequent savings of mass production. This means production cost could be 0.5p if these eco-fascist politicians feathering their friend's and father-law's nests were not preventing it

- I don’t see any real climate threat connected with global warming in a meaningful time horizon;
- I do see measures – already introduced or planned for the future – which substantially endanger our freedom;
- I do see a very irrational, wasteful allocation of scarce resources which endanger our prosperity.
Vaclav Klaus, Czech President 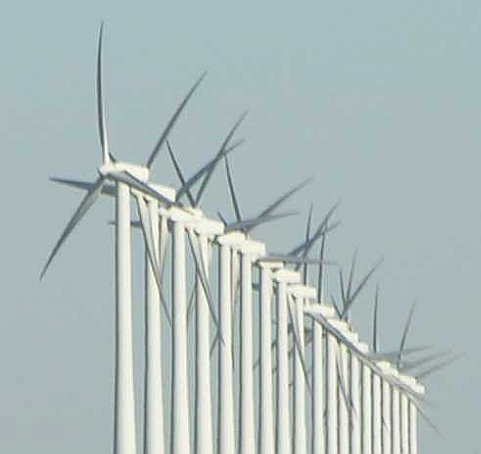 Comments:
Hey I saw your poster on a lamp post in west maitland street. Interesting reading.

Thanks Andrew. I hope you look at the links on the Wednesday post - you will find that they are entirely true.

If our media, particularly the BBC were not wholly corrupt they would be willing to report the facts and honest debate would not only be allowed but encouraged. It woyuld not be necessary to resort to this last method.

Of course if they were honest we would not be ruled by parasitic liars and have a free and wealthy society.