Some costings from SpaceX by Elon Musk 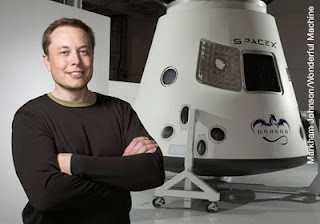 The average price of a full-up NASA Dragon cargo mission to the International Space Station is $133 million including inflation, or roughly $115m in today’s dollars, and we have a firm, fixed price contract with NASA for 12 missions. This price includes the costs of the Falcon 9 launch, the Dragon spacecraft, all operations, maintenance and overhead, and all of the work required to integrate with the Space Station. If there are cost overruns, SpaceX will cover the difference. (This concept may be foreign to some traditional government space contractors ....

The total company expenditures since being founded in 2002 through the 2010 fiscal year were less than $800 million, which includes all the development costs for the Falcon 1, Falcon 9 and Dragon. ....

The Falcon 9 launch vehicle was developed from a blank sheet to first launch in four and half years for just over $300 million. The Falcon 9/Dragon system, with the addition of a launch escape system, seats and upgraded life support, can carry seven astronauts to orbit, more than double the capacity of the Russian Soyuz, but at less than a third of the price per seat.

SpaceX has been profitable every year since 2007, despite dramatic employee growth and major infrastructure and operations investments. We have over 40 flights on manifest representing over $3 billion in revenues.

....SpaceX intends to make far more dramatic reductions in price in the long term when full launch vehicle reusability is achieved. We will not be satisfied with our progress until we have achieved this long sought goal of the space industry.

Per-launch costs can be measured by dividing the total cost over the life of the program (including buildings, facilities, training, salaries, etc) by the number of launches. With 115 missions (as of 6 August 2006), and a total cost of $150 billion ($145 billion as of early 2005 + $5 billion for 2005,[19] this gives approximately $1.3 billion per launch. Another method is to calculate the incremental (or marginal) cost differential to add or subtract one flight — just the immediate resources expended/saved/involved in that one flight. This is about $60 million U. S. dollars.

We are very close to the day when commercial space development really takes off. When it is possible to book a flight to orbit, quickly,  regularly and reliably and at 1/20th of the present cost we are likely to see space industrialisation expanding at a rate similar to the doubling in about a year that Moore's law has shown in computerisation.

Update - I sent part of this to Jerry Pournelle in response to anither commenter who asked where is the real life version of his Hansen Enterprizes. He used it here

Comments:
The former method is the only way to calculate the true cost-- if subsidies stop and the service provided stops then by definition the incremental cost was not the real cost.
Whereas Space X's price is the real one. I have seen data that implies $20 million an astronaut seat. ($140 million for 7) Consider if the whole 174 billion$ had been spent on fares up using Dragon capsules, just for fun--145000 million/20 million = 8700 up --that's a good size colony if they had some destination in mind. The actual number of people ever to have been in space as of June 20, 2011, 529 people http://en.wikipedia.org/wiki/Astronaut
(By this quite unfair comparison the Dragon capsule is 16x cheaper than the shuttle program--and many of the 529 flew by other means)
Some combination of this for people and a high G cargo launcher such as Quicklaunch http://quicklaunchinc.com/ would make for a new space age that did 4x as much for 1/4 the cost.

I suppose some of the materials SpaceX are using wouldn't have been available at the beginning of the Shuttle programme aon the other hand inflation makes the early cost of it look lower so yes that is a proprer rough costing. Or far cheaper if Orion hadn't been cancelled.