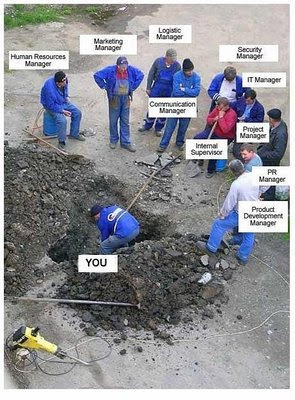 TAXPAYERS could face an extra £100 million bill for the new Forth road bridge if it affects an underground pipeline, ministers have admitted.


Finance Secretary John Swinney will this week tell MSPs that because the southern approach to the £2 billion bridge crosses the BP Forties system, the Government must indemnify the oil giant against any losses caused by roadworks or accidents.

The alternative would be to re-route the approach at a cost of £200 million, or re-route the pipeline, which would cost more than the whole bridge...
Mr Swinney will brief MSPs on Holyrood’s finance committee about the “contingent liability” in a special closed session tomorrow.

He is expected to stress any compensation in the event of an “incident” would be capped at £100m, and that the risk is theoretical, not probable...

However Mr Swinney’s request for the committee to approve the liability is bound to raise questions about the final cost of what is already the most expensive capital project in Scottish history.

In 2009, ministers needed parliament’s approval for another contingent liability on the bridge, to repay £10m incurred by construction consortia who made losing bids for the project.

The latest jump will also raise questions about why the pipeline liability wasn’t highlighted during the passage of the Forth Crossing Bill, which was approved by MSPs in December, or in this month’s budget process...
Green MSP Patrick Harvie, who supports repairing the current bridge instead of building a new one, said: “It’s breath-taking that the Government have only now come clean about an additional possible cost of £100m.

Indeed. To be fair it is only a contingent liability i.e. if there is no interruption in the oil pipe it will not be called on. I was astonished to see the remark that rerouting the pipeline would cost more than £2.3 billion since it would only involve rerouting a short distance and I don't remember any news about the entire pipe costing hundreds of billions. Perhaps this is simply a sign that just as the new bridge costs 8 times, in real terms, what the previous one cost it is simply symptomatic of how, under our insane government regulatory system everything costs far more than it need do.


BP's Forties Pipeline will be completely shut by 6am on Sunday as a two-day strike by workers at the Grangemouth oil refinery begins.


The pipeline, which brings in 700,000 barrels of oil a day from the North Sea, is powered from the Grangemouth site...

So allowance is being made for only a 2 day closure, or possibly 1 day and repairs completed within it.

The government have already spent 10s of millions, at least, on inquiries etc on this bridge & if remotely competent could not possibly have been unaware of this. Just as TIE, the government overseers of the Edinburgh tram project could not possibly, if remotely competent, have been unaware of pipes running under Edinburgh streets but say they were. It looks like the costs of this "world class" project are out of control before a shovel has been raised.

Looking at a list of the world's most expensive structures our new bridge currently places 25th at $3.75 but the target to make it truly "world class" will be to make it more expensive that the only bridge currently ahead of it - the Akashi-Kaikyō Bridge which is is £3.8 bn as well as being nearly twice as long, 6 lines wide; much higher allow ocean liners to pass and designed to withstand hurricanes and earthquakes.