10s of Thousands of Pensioners Taken Into "Care" - Just Likr the Bastards Do With 100,000 Kids

‘thousands, if not tens of thousands’ of old people have been  forcibly incarcerated in care homes or hospitals against their wishes and are being ‘de facto detained
unlawfully’.

At the heart of the scandal is the ultra-secretive Court of Protection, set up under the Act, which rules every year that thousands of people are deemed to ‘lack mental capacity’ — so that control of their lives and property can be handed over to social workers and other state officials. 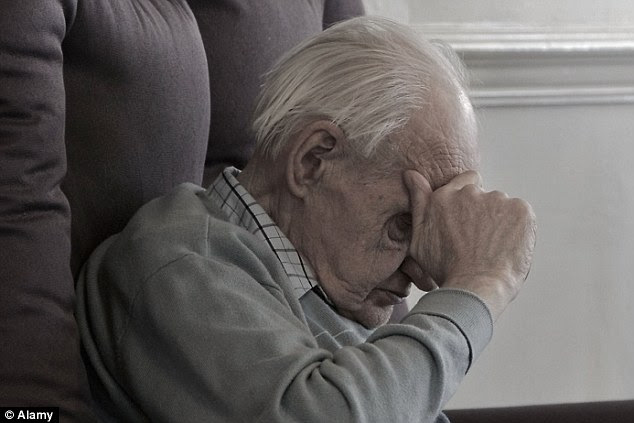 The 2005 Mental Capacity Act, which rules every year that thousands of people are deemed to 'lack mental capacity' - so that control of their lives and property can be handed over to social workers and other state officials. File picture

Last year, the Mail lifted a corner of the veil of secrecy surrounding this little-known court’s workings when it reported the case of Wanda Maddocks, who was imprisoned by one of its judges for removing her 80-year-old father from a care home in Stoke-on-Trent where he was being abused.
Eventually, he was tracked down by social services, and forcibly returned to care, while his daughter was punished for ‘abducting’ him with a 12-month jail sentence.
The Mail was able to report the details of this story only after Miss Maddocks was released from prison, because in the meantime her father had died and his case was therefore ‘closed’.

http://www.dailymail.co.uk/news/article-2580636/Read-stories-secret-courts-imprison-elderly-care-homes-against-weep.html#ixzz2w4GQ3sYP
By Christopher Booker writing in the Daily Mail
So there still are some honest journalists and papers. But, as the fact that this is the only one reporting this obscenity shows, not many.

Comments:
Are you looking to hire a credible and high-quality Descriptive Essay Paper Services? Is preparing a unique research paper proving to be a daunting and strenuous task? Hiring the best Descriptive Essay Writing Service Writer is the best choice a prudent student can make to ensure they relish better grades and quality work from professional authors.