Cheap Electricity by 2013 - Nuclear and X-Prizes 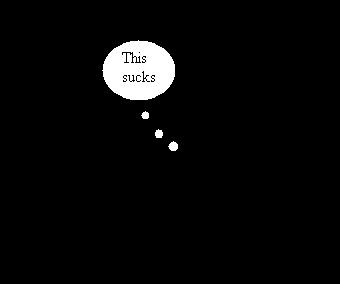 We are heading for blackouts and if current party policies continue have no chance of getting out of recession or even of not falling in deeper.

Legally we are committed to getting rid of the 82% of our electricity that doesn't come from windmillery and hydro (mainly hydro). The SNP want us to do that by the year 2020.

As well as that the EU has decreed that about half our coal fired power stations must close to control their emissions.

This would undoubtedly lead to the building of many new nuclear plants and production of large quantities of shale gas. Once these are working in sufficient quantity the cost of electricity would drop to around 7% of current rates - roughly £100 annually per household rather than £1350.
However that would take some time. In particular building a nuclear plant currently takes 3 years. Also up to decades for political permits but we have got rid of these. This is why China can go from 10.8 gigs in 2010 to 50 gigs of baseload power in 2015, purely from nuclear. While this represent4% of China's power it is more than our entire baseload.
Even starting now we would be lucky to have new nuclear power, and not that much extra gas by 2015 when so much conventional power goes. While that would prevent the massive, regular blackouts and massive price hikes otherwise to be expected by then it is still not enough to prevent some blackouts an d the current massive price increases over the next few years. However here is an extra wrinkle that would, if not instantly solve out power problems, speed up the process.:
Offer an X-Prize of £400 million to the owner of the first new nuclear power station of 1 megawatt, to come online. Then 60% as much (£240 m) for the 2nd, 60% of that for the 3rd (£144m) and so on. Total cost £1 bn which compares favourably with the current government's policy of spending £200 bn on windmills. The Westinghouse AP1000 costs about £1.2 bn off the peg (OK currently around £6 bn once all the government parasitism is covered but we are getting rid of that). It takes 3 years to build. However suppose the contractor was willing to pull out all the stops to get an extra £400 million how soon could it be completed. Anybody doubt that, working round the clock, they could cut it to 2 years? Anybody want to bet against 18 months? Spring 2013. After all the first atomic pile was built in 17 months in 1941-2.
That's how technology prizes work - they encourage innovation while not getting in the way. Experience shows that the value of the prize need only be about 1/3rf of what the innovator actually spends so £400 million is more than adequate.
When you bear in mind that we have 25,000 unnecessary deaths annually from fuel poverty, it seems a reasonable price to me. I will send this to some big party politicians - we will see if they share my dislike of the pointless killing of 10s of thousands of people or even my desire to see the country .prosperous.

Make it clear that howling mobs know where to find them (and that the goons they pay to protect them might not be so keen if the goons own elderly parents are also going to freeze in the dark) then there might be so action.

The political filth we have now are the stupidest and nastiest in 300 years.