M74 Extension - Claimed "Under Budget" at 4 Times the Original Budget

Whatever we think of Scotland's politicians competence about doing things they appear to have a rare skill at ensuring favourable coverage.
Look at the coverage for the new 5 mile M74 extension bypassing the city centre.


Major public project ahead of schedule and under budget


SCOTLAND'S most expensive new road is expected to cost £20 million less than expected when it opens in two weeks, the Scottish Government has said.

Infrastructure and capital investment secretary Alex Neil said the saving on the five-mile M74 extension in Glasgow was "clear evidence of our robust and effective management of major projects".

The £15m-£20m saving on the £445m construction contract amounts to some 4.5 per cent of the total, although the total cost of the project is £692m, which includes buying land.
Mr Neil said building work was running eight months ahead of schedule, although the overall project is running years late...
Mr Neil said: "The M74 completion is the largest infrastructure project on the ground in Scotland and it's opening eight months early and between £15m and £20m under budget.

"This will mean significant savings for Scottish taxpayers and drivers will be able to enjoy the benefits of this crucial piece of infrastructure several months ahead of schedule.

"This is clear evidence of our robust and effective management of major projects such as this. Our record of investment in transport infrastructure over the past four years has provided a much needed boost for the construction sector and supported tens of thousands of jobs."

Only at the end of the article is it mentioned that


"A month after Holyrood opened in 1999, Labour were saying this road could be built for a fraction of the current cost, but in reality it has cost almost £3,000 per centimetre of Tarmac laid, and opened 12 years after that optimistic spin.

In fact the original promised cost was £177 million.They paid out far more than that (£247 million) for the land alone.

So how does this compare with other motorways?


request under the Freedom of Information Act for "the average cost of building one km of motorway (in lowlands) in Great Britain".


I can confirm that the current costs were published in Hansard in March 2007, and the information is as follows:

So even with inflation £138 million per mile looks a little high, in fact 10 times what it should be. Despite the Green's objecting to it on cost terms I suspect a substantial part of that cost overrun is due, not to real building costs, but to placating the Greens with "Inquiries" and hold ups.


Glasgow Motorway Extention - The present above ground proposal is costed at £500 million (then) apparrently relocting costs & because some of the ground is said to be polluted by chrome. Obviously a tunnel with bypass outlets would be far cheaper & would not cause the pollution problems opponents claim to be motivated by.

No reason was ever given for rejecting this but if we compare the cost per km of the Norwegian tunnel system which averages around £4 million per 2 lane tunnel km the equivalent for 2 lanes of 4 lane motorway,covering 8 km would have been £128 million. This is half of what the Scottish government paid for the land alone (which would not have been needed if it was a tunnel).

If projects of this nature have already been done (and they have cut over 750 km of tunnels in Norway over the last 20 years) then it cannot be denied that it is possible to do it. Norway has less of an engineering tradition than us but if all that is necessary is to hire them to do such things then lets hire them. Actually I suspect the problems are more political than engineering, so lets sell them our politicians instead.

Would it not be better to come in marginally over budget, with a budget of £128 million, than to boast of being marginallt  under a budget of £692 million. 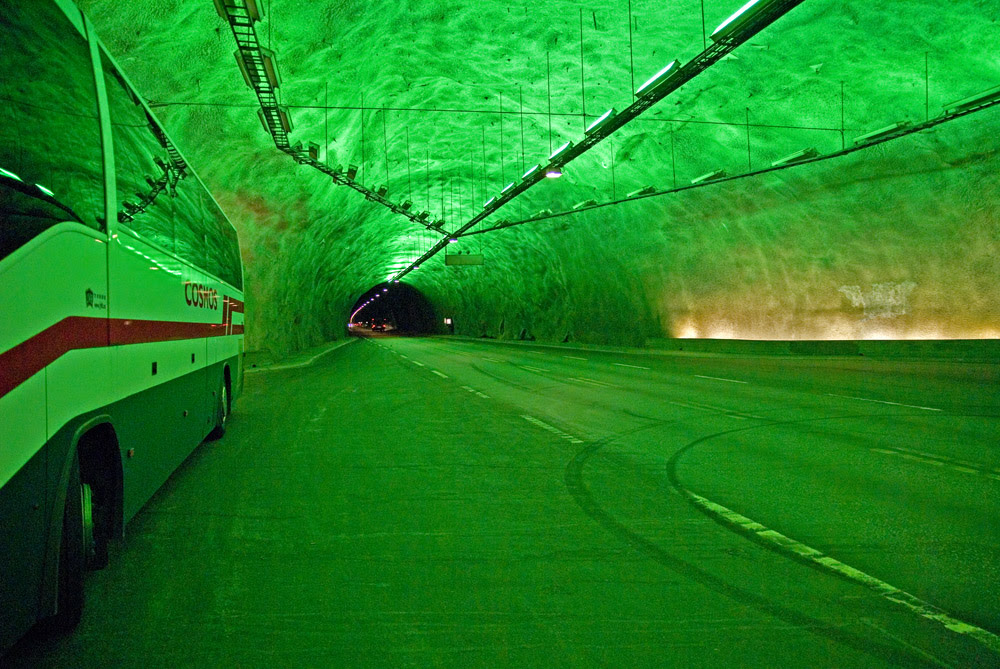 Comments:
The simple failure of the political class to note this shows it's a charade really and that they are all in it together.