(1) Is it specifically claimed that recabling cannot take place without closing the bridge? ...

(2) Has any haulier written to the Scottish government saying that restrictions on their cargoes would so seriously affect their profits that it should be a major consideration in this multi billion £ project?...

(3) I take it that our government does not dispute that the Lisbon recabling cost £10 million & that similar Norwegian tunneling projects have indeed cost around £40 million?

(4) [since a large part of tunnel costs relate to access roads, indeed they are costed at more than similar bridge access roads] is there any reason why the endpoints should not be beside the access roads to the current bridge if road costs are really such an overwhelming
factor.

" (2) Gavin Scott of the Freight Transport Association submitted the following comments to Transport Scotland on 28 August 2007:

“Despite the siren voices that argue for the environmental and other benefits of this or that crossing, the replacement for the current crossing must be a bridge unless the logistics industry is given a cast iron guarantee that any tunnel provided will have no restrictions as to what goods may pass through it.

Transport Scotland’s STPR corridor study suggests that Large Goods Vehicle traffic on the Edinburgh to Perth corridor is consistently between 8% and 12%. Let’s call it 10%. All of that traffic will currently cross the Forth Road Bridge and whatever future replacement is provided. Given that large goods vehicles account for something in the region of 1% of all vehicles on our roads it seems reasonable that, if Forth Road Bridge traffic is on average 10% large goods vehicles, special consideration should be given to their requirements.

All tunnels of the length that any Forth tunnel might be have more or less serious restrictions on the passage of hazardous cargoes. This is not necessarily explosives or nuclear devices but could be commonplace commodities such as fuel or bulk whisky.

Restrictions on the carriage of these cargoes range from outright bans to segregation, the requirement for escort vehicles or speed and separation limits. If the economy of Scotland and Fife is not to be destroyed we cannot have such restrictions put on vehicles wishing to cross the Forth. Imagine the situation if, every time a petrol tanker wished to cross the Forth Road Bridge all traffic was stopped until the vehicle had crossed in splendid isolation.

We are trying to improve the economy of Scotland not finding ways of artificially hindering it when there is no need for such hindrances.”
-------------

In addition to these comments you may also be interested to read the submissions to the Scottish Parliament Forth Crossing Bill Committee made by the Freight Transport Association (www.fta.co.uk) and the Road Haulage Association (www.rha.uk.net), which is a member-based organisation representing road transport operators in the UK. It has 9,500 members, all of which are UK road transport companies. These can be found, along with the other published written submissions at: http://www.scottish.parliament.uk/s3/committees/forthXbill/inquiries/fcb-evid.htm

When making comparisons with other crossing projects, including bridges and tunnels, it should be borne in mind that each project is unique and it is difficult to make like for like comparisons. This was highlighted by Mike Glover, Commission Project Manager, in his evidence to the Scottish Parliament Finance Committee on 23 February 2010, where he stated:

“…I welcome the opportunity to explain what the differences are between major bridges across the world. Accounting practices of countries come into it. For example, there is no taxation whatsoever on Stonecutters bridge, and no financial charges are applied to its costs. You will find that, despite what you might think, every country has its unique way of accounting for things

The other characteristic is that it is not an open book situation. In many countries, all you will ever see, if you are lucky, is the tender price, not the outturn price. That comes into the next item: the contract strategy. As John Howison has explained, we are adopting an approach that gives price certainty post-tender. Other bridges have been constructed on very much more of a cost-plus or target basis, by which I mean that the tender price bears no resemblance to the outturn cost. I am afraid that you cannot make people tell you what the outturn costs are; they just will not do it. With very large projects there is always a problem with finding out what the end cost is. I think that that is what you are suffering from with many of these situations….”

The official report for this committee session, which contains Mike Glover’s comments in full, can be found at: http://www.scottish.parliament.uk/s3/committees/finance/or-10/fi10-0502.htm.

The role of committees and how the work is outlined in the document, The Work of Committees which can be found at: http://www.scottish.parliament.uk/vli/committees/index.htm.
www.transportscotland.gov.uk

The comparisons made with other bridges and tunnels can be found in the Comparison Paper on International Bridges and Tunnels which can be found on the Transport Scotland Website, http://www.transportscotland.gov.uk/projects/forth-replacement-crossing/information-centre/frc-study, along with maps of each of the identified crossing points, maps of the physical constraints within the estuary, studies which informed the decision and an Information Note on the likely diversion routes associated with closure of the Forth Road Bridge to HGVs.

You may also be interested in the non-technical summary ...http://www.transportscotland.gov.uk/files/documents/reports/FRCS-Report5-Non-Technical-Summary26-06-07.pdf.

Well some answers there & (2) I am interested to see that somebody has said the "economy of Scotland & Fife would be destroyed" if a tiny % of lorries carrying explosive or highly combustible materials had to take the 20 mile detour to Kincardine Bridge in the event of the current bridge being allowed to fall. I find that claim incredible but certainly they have found somebody who has made it.

(1) Despite it being previously implied the answer makes clear that recabling can take place without closing it. There would be some inconvenience but all the alleged costs given there apply equally or moreso if there is congestion because of any delay in building a new tunnel - which is an overwhelming argument for immediately starting cutting a tunnel rather than spending half a decade before starting a bridge. Indeed if the £1 billion loss simply from having some restrictions, not closure, on the bridge, probably at weekends is taken seriously then we should be cutting at least 2 dozen £40 million tunnels under the Forth & presumably elsewhere. Extrapolating from that figure the cost of closure of central Edinburgh because of the tram fiasco must be several billions already which means the civil service have opposed it initially & be now calling for its immediate scrapping.

Mike Glover's explanation is worth comment because it explains nothing. That there may be no VAT on 1 bridge would explain a 17.5% discrepancy on that one, but not the real discrepancy (£206 million compared to £2,300mn) there or on all the other bridges. Claiming that all the other countries in the world are lying about their costs since the figures they give are only the initial estimate rather than the actual cost might be taken seriously if (A) the figures we are being given for the Forth crossing aren't themselves initial estimates or (B) if Scotland's government had a long & credible history of all such projects coming in on budget rather than a long & discreditable history of the reverse. The inflation adjusted figure for the previous Forth Bridge was only £320 million - is Mr Glover claiming that the Scottish government is among those giving a false figure?

So we are still left with a lot of handwaving to distract from the fact that the cost proposed for the Forth Bridge is still 13 times that of the similar first bridge, 100 times what tunnels can be & have been built for & 400 times what recabling would cost. 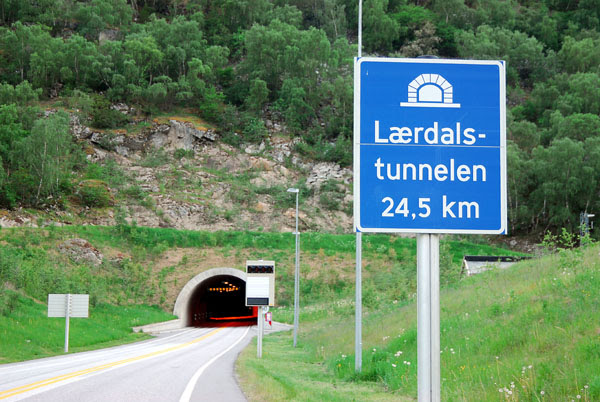