Open letter to the lot of them
Dear MSP.
Holyrood will shortly be asked to legislate a scheme to take £2,300 million from the Scottish people (£460 from every man, woman & child) to build a new crossing of the river Forth.

If the actual cost of such a crossing is less then the people of Scotland are being defrauded & you are being asked to be complicit.

There are at least 3 major other options which would achieve the same at far lesser cost.

1) A bridge at a reasonable cost. Other comparable bridges around the world have been built at a cost of around £300 million in today's money. Indeed the previous Forth road bridge cost £19 million which equals £320 million in today's values. The only reason against this which I have been able to obtain from anybody close to government is that there could, theoretically, be some unspecified geological conditions in present day Scotland which would require this. However since this would only be the case if there had been massive & immensely destructive volcanic perturbations in the Edinburgh area over the last 44 years & as this has not been noticed it cannot be taken seriously.

2) The Norwegians have, over the last 3 decades 700 kilometres of tunnels at costs of between £3.2 million & £10 million per km. Since then airform tube manufacturing has reduced the cost of building tunnels in the most difficult ground so this should be feasible for no more than £40 million. Admittedly the Scottish Office claim that it would cost £4,673 million to do this but it is a matter of fact that it has been done for under 100th of that cost elsewhere. Even the entire Glendoe power project with 9km of tubed tunnel came in at £160 million which means the tunnelling must have been similar in cost to the Norwegian example. The only semi-official reason I have been given for this disparity is that EU regulations require a 3rd, small, safety tunnel & it seems difficult to see why this should increase basic costs 1,000 fold.

3) Recabling the bridge. This has been done with many bridges worldwide & should cost about £14 million in today's money. Materials available today are very much stronger than those in 1966 when the bridge was completed, indeed carbon nanotubes can be 300 times stronger than good steel. This would be more than is useful but, since the towers have been strengthened since completion it is clear that the bridge road could even be widened to 5 lanes for approximately this price or double decked for a relatively modest price as was done with Lisbon's April 25th Bridge.

I am asking all Scotland's MSPs to give the reasons for costs between 8 & 1,000 times what has been achieved elsewhere since there seems to be astonishing reticence on the subject. It should be the case that all MSPs can answer it. Indeed if any MSP proposes to vote for this & has the people's best interests at heart then, by definition, they will be able to provide a credible explanation. I am forced to ask all MSPs because only 1 of all my constituency & regional representatives even acknowledged the question & that answer, referred to in (1) was clearly not credible. Since I am posting this query on my blog I will also be willing to publish your various responses if you are willing.

Scots government has an abysmal record of such waste.

Scotland's First Minister, Donald Dewar made a specific promise that the Parliament building would cost "not one penny more than £40 million" (& took that lie as an opportunity to launch a wicked personal attack). It cost, officially, £414 million.

Between them they have contrived to pay & charge £67 million to build a Skye bridge that should have cost £15 million.

Between them they commissioned a rail link to Glasgow for about £300 million & cancelled it at a cost of £41.3 million when all parties knew they had & have an offer on the table from a private company offering to build it for £20 million. I can vouch for this personally.

They have embroiled us in spending £600 million in what looks to soon be another cancelled project to build a tram line in Edinburgh when by international comparison it should have been completed for no more than £105 million.

It seems difficult to believe that incompetence alone could achieve this result, though to be fair it is equally difficult to believe that fraud alone could. Presumably there are many many other less high profile projects by which the Scottish people have been similarly milked of our money. I hope there will be enough MSPs with integrity to either explain exactly why the Forth project needs to cost 8 to 1,000 times what it needs to cost or to vote it down. 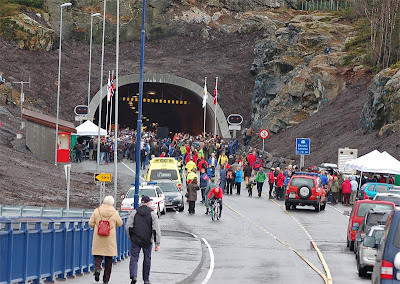 If any of the MSPs feel that it is possible to give a credible answer to any of these questions i will, of course, publish them.

If none of them do the conclusion is inescapable.

Copies of this open letter have been sent to all our major papers. Again we will see if any of them think the fact that the Forth crossing is up to 100,000% overpriced should be reported.

Comments:
Dear Mr Craig
you will be glad to know that the Green Party opposed this project from the very beginning, and continue to do so
best wishes
Robin Harper MSP

Can I suggest you ask the Scottish Government this question. I can think of lots of things we could do with the money it will take to build the bridge.

Cathy Peattie
I have asked all of you. I am under the impression that this proposal was also being pushed by Labour when in government I am pleased if you are now confirming that Labour will not support this waste & implicitly that you now regret choosing such a wastefully expensive Glasgow Airport link.

Thank you for your email of 24 June. I will take the points set out in your email into account as the matter progresses.