This article was put up on Next Big Future a few days ago:

Rolls-Royce’s Blue Ocean development team has set up a virtual-reality prototype at its office in Alesund, Norway, that simulates 360-degree views from a vessel’s bridge. Eventually, the London-based manufacturer of engines and turbines says, captains on dry land will use similar control centers to command hundreds of crewless ships.

Drone ships would be safer, cheaper and less polluting for the $375 billion shipping industry that carries 90 percent of world trade, Rolls-Royce says.

The company’s schematics show vessels loaded with containers from front to back, without the bridge structure where the crew lives. By replacing the bridge -- along with the other systems that support the crew, such as electricity, air conditioning, water and sewage -- with more cargo, ships can cut costs and boost revenue, Levander said. The ships would be 5 percent lighter before loading cargo and would burn 12 percent to 15 percent less fuel, he said.

Crew costs of $3,299 a day account for about 44 percent of total operating expenses for a large container ship, according to Moore Stephens LLP, an industry accountant and consultant.

Unmanned ships are currently illegal under international conventions that set minimum crew requirements, said Simon Bennett, a spokesman for the London-based International Chamber of Shipping, an industry association representing more than 80 percent of the global fleet.

* have minimum crews operate as parking valet crews to hop onto the ship just outside the territorial waters of a port that requires minimum crews.

* Use some cost savings to fund rapid security deployment teams [mercenaries] to retake any pirated ship or hacked drone ship. A pirated ship can only get about 500 miles in one day

There needs to be a hackproof way to stop the ship safely.

This would prevent the ship from being used to blackmail the ship owner or others by ramming it into something that would cause a lot of life loss and expensive damage.

Stealing containers not that big a deal

Attempts to board the ship and remove containers is not that meaningful. It would be difficult to unload the ship quickly.

It would be easy and affordable to put tracking beacons on each of the different containers. This would also be useful for rapid wireless inventory. 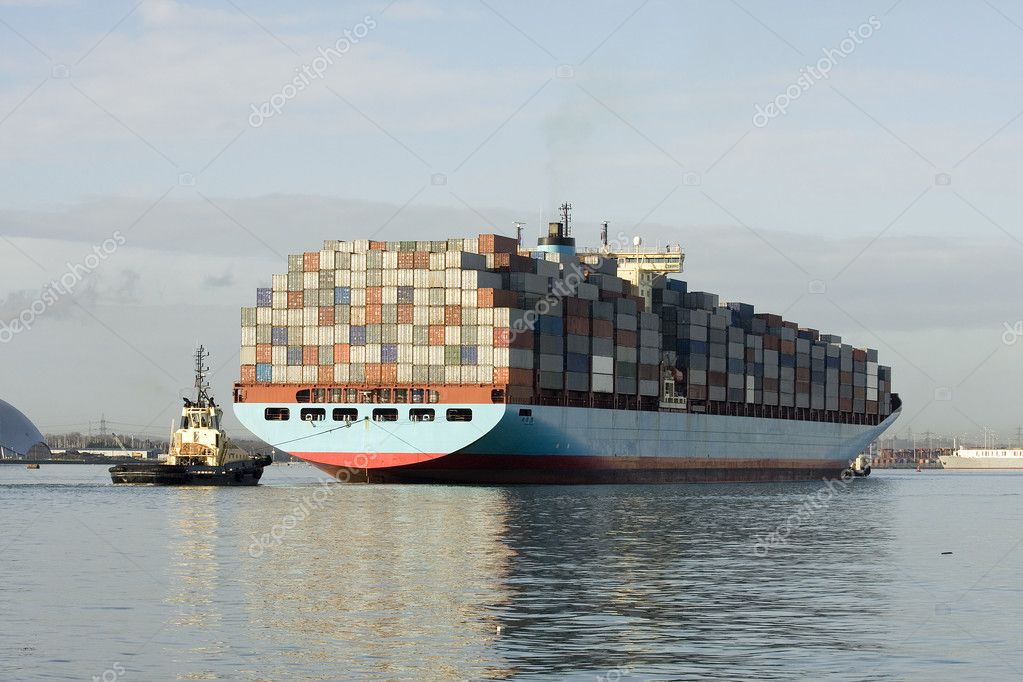 The proposal is technically not entirely automated sailing since the land base will direct it and "hundreds" of others. But it is close as dammit and I'm sure the remaining under 1% could be automated too if required.

The cost savings listed are pretty substantial. Ships 5% lighter, fuel savings app 12.5%, other operating expenses down 44%. Comes to 50% of the industry's $375 bn costs.

I can see no reason why cranes loading and unloading could not be more easily computerised.

I have previously, several times, written of automated trains, which could deliver single container carriages anywhere with rail connection. We also have automated driving systems which may, as soon as politics allows, become commonplace.

The net effect of this is that, pretty much as soon as it is allowed, it will be possible to dial up the uplifting of a container in any developed country and its fairly speedy delivery anywhere in the world, untouched by human hands and at a much reduced, almost token, cost. Long distance sea freight is already easily the cheapest transport we have so halving it would be astonishing. But easy.

On piracy - note that ransoming the crews is a large part, possibly the main part of their profits. That will go and I don't see anybody being able to unload hundreds of containers in a Somali fishing village.

As the underlined bit shows the barrier is political agreements on crew levels. Can't criticise that in the past - it looked like and probably was a decent bit of regulatory welfare. However, as the technology always moves far faster then politics we are left with it being an absolute ban on progress. Perhaps the rules will be very quickly removed, or perhaps we will see all the bureaucracies fighting an unrestrained battle to hold onto their jobs and power - and since it is international agreements it is likely to be easy to pass the blame for footdragging around till "nobody is to blame". In which case libertarians should be prepared to take up cudgels too.

Comments:
It's swings and roundabouts - what you MIGHT save on crew costs on the vessels you would lose on the additional levels of redundancy and back up. Also a significant number of the thousands of containers in any one ship load wiil have controlled environments to maintain the integrity and quality of the contents. It is part of the crews function to monitor and maintain these containers and there will be a measurable failure rate that requires repair as soon as possible ( not days away from the next landfall )Bringing the failure rate of controlled environment containers down to a level where the cargo loss is cheaper than having a crew might be a diminishing returns scenario

I doubt if the crew could reach let alone maintain an number of the ones shown in that picture. The cost of computerised steering systems must be falling in line with Moore's law.

To be clear Moore's law is an observation of the possibilities in reducing the volumetric requirements for data processing and storage means. It does not apply to the machines and other systems that computer systems can be ( and are ) used to control machines and systems. The rudders or variable direction thrusters used to steer ships remain at a scale and power in proportion to the tonnage of the ship and will not get significantly cheaper than the structure of the ship itself.
It is presently one of the requirements when loading a container vessel that controlled environment containers are accessible to crew members during the voyage. Removing that requirement would greatly increase the cost of these containers ( and they would still have the problem of reliably disposing of the waste heat from the refrigeration unit for each container )

You need to kill time, you need entertainment. Refer to our website. hope you get the most comfort.
Thanks for sharing !
Friv 5
Kizi 1
Yepi 3

Winter has returned. I do not like because I can not stand the cold. But wearing loud clothes also quite interesting. I look like a cute bear
www.facebookbaixargratis.com.br

It likewise aids to get rid of the certificate confirmation from any type of application. Games with lucky patcher Lucky Patcher apk as this application is not readily available in Google Play Store.