Again - not in any way my idea but cubesats are devices 10cm (4") on a side designed to be released by up to thousands, in orbit. The basic point is that, over the decades, technology has improved so much (Moore's law) that capacity which once required tons of satellite can now be fitted in such cubes. That and a similar principle to the way shipping containers revolutionised shipping - prepacking thousands of items together massively reduces handling costs.

There are also plans to produce even smaller cubes.

Cubes are only this useful for handling data - moving man sized material is going to keep needing something approaching man size - but data is an awful lot of what we do.

Then there was this on Next Big Future.

A tiny sunlight and water powered rocket is being designed which will be able to fly a cubesat from Earth orbit to Mars or Europa, which also means the asteroids and anywhere in interesting bits of the solar system, for $1 million.

That makes examination and therefore raising money for commercial development, very much a commercial rather than governmental project. 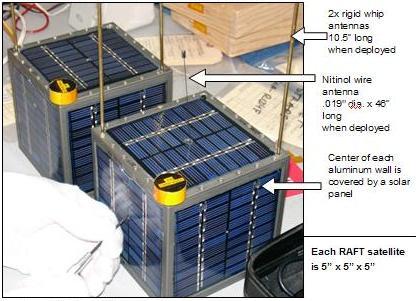 Incidentally Scots, indeed largely Glasgow firms are in the forefront of the cubesat industry, with up to 40% of the world's cubesats being made or partly worked on here. Theoretically that is potentially comparable to the time at the beginning of the 20thC  when 90% of all the world's metal hulled shipping tonnage had been built on Britain and 90% on the Clyde. That was when such shipping was at the technological cutting edge.

Comments:
around player/gamer will certainly be caring this video game excessive. WWE2K18 as colder. Not just this the video game has even more.