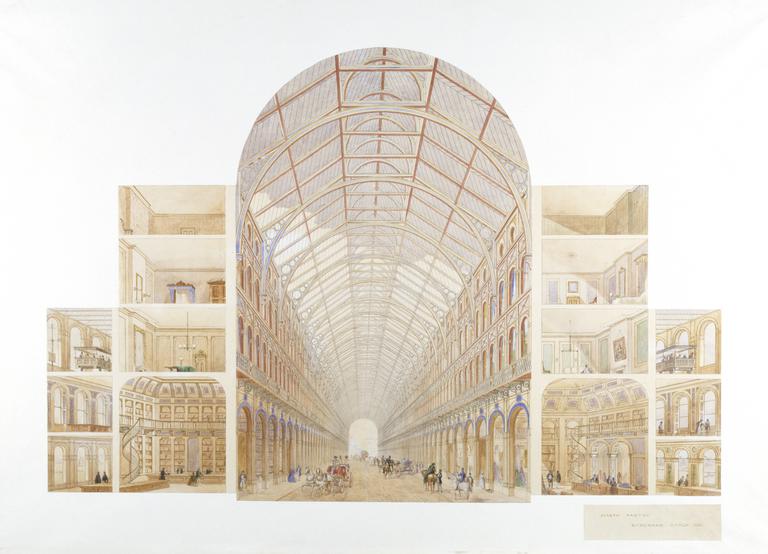 This was the Great Victorian Way designed by Sir Joseph Paxton in 1855 as a mixed shopping mall and 10 mile circular bypass for central London.

It wasn't built because they didn't have money for both it and a sewerage system and decided, I guess rightly, that they needed water more.

Those were the days when big engineering projects using new technology weren't automatically stifled. OK the world was much poorer then and governments only collected under 10% of gdp so they ultimately couldn't afford everything but at least they thought big.

Comments:
Published over the 'employee id' words. It is your special recognition number. epayroll liteblue It consists of an excellent remedy and also solution to the customers.

LiteBlue: If you are a Postal Employee use your Employee ID Number and your USPS Personal Identification Number (PIN) to Access PostalEASE. Liteblue

USPS is the oldest courier service in the us employee can login here in their account. Liteblue

An intriguing discussion is worth comment. To the next! Kind regards!!
usps liteblue login