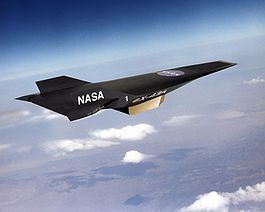 Ion-drive dirigibles to orbit from aerial 'Dark Sky' base

From the Register via Jerry Pournelle comes a proposal that the recent achievement of a dirigible flight to 95,085 feet opens the possibility


of enormous, permanently inhabited "Dark Sky Stations" floating high in the atmosphere at the edge of space - to act as bases for radical hypersonic airships which would slowly fly themselves into orbit over a period of days using hybrid ion drive propulsion...

two different types of ship and the intervening aerial base stations are vital as neither craft could survive the flight regime of the other. The vast, flimsy orbital vessels would be torn apart by the dense winds of the lower atmosphere, and the sturdier surface-launched jobs could never reach orbital velocity...

The idea is that the mighty Dark Sky floating spaceports would also carry telecoms equipment and tourist hotels to generate additional revenue on top of that gleaned from orbital launch. Their analysis suggests that the hypersonic airships could haul cargo into space for as little as $100 per pound in the near term and eventually just $1 per pound - and Powell sees manned flights to the Dark Sky region as soon as 2013, and permanent inhabited bases there from 2021.

That is certainly a very reasonable price to orbit, almost matching the Orion nuclear pulse rocket. Taking several days to reach orbit is the sort of time an ocean cruise takes so would be unlikely to discourage anybody but the businessman who used to take Concorde to save a couple of hours across the Atlantic.

Is it technically feasible? . I expect, though an unusual concept, it is.


Can massive gossamer envelopes full of helium gradually boost themselves up to Mach 20+ using slow-acting electrical ion drives (such as those used to keep low-flying satellites up to orbital speed despite drag from the upper traces of the atmosphere)? Even though there's very little air up there, surely a giant, hypersonic rocket airship is a big ask.

Powell recently gave an interview on the subject to nextbigfuture.com, in which he points out that upper-atmosphere weather balloons have already achieved Mach 10 as long ago as the 1960s, so that in his view Mach 20 isn't impossible with modern materials. In fact in his judgement what's called for is not a super-low-thrust but ultra-efficient ion drive, nor a conventional chemical rocket, but rather a hybrid of the two - which he describes as "the most efficient chemical rocket ever, or the least efficient ion rocket". The key issue will be whether enough electrical power can be stored at a low enough weight - either using fuel cells or batteries, solar panels can't do the job - to get the ships up to orbital poke. One cunning aspect of the plan is that the ships will not need any heat shield for re-entry as they will slow down so gradually (using drag in the evanescent upper atmosphere) that no appreciable heating will result.

One point of interest to Britain is that because of the time and maneuvering needed to achieve orbit there seems little advantage in taking off from the equator. Normally that position adds about 6% to launch speed.

In which case, while no cost is given it cannot be more than a few billions, between now and 2021, if the guy is expecting the advertising to make a significant contribution. But it has already been costed as profitable from the start


JP Aerospace never makes a flight unless it will pay for itself, with revenue coming so far from advertising, telecoms experiments and aerospace tests for companies such as Lockheed.

In which case seedcorn money of about 10% would considerably speed up the process. 10% of say $2.5 (£1.5bn) over 10 years is £15 million annually. With 1,162 Quangos at a cost of nearly £64bn, which is an average of £55 million we could fund such a permanent cheap orbital launch system for 1/4the cost of  one average quango. I guess its a matter of what priorities our politicians have.

UPDATE - John Powell of http://www.jpaerospace.com/ has commented on questions in the comments section I am not competent to discuss. I find his answers credible. I do not guarantee this as feasible but I do guarantee it is worth those in charge of national space policy finding out. I have sent this blog to a number of our own politicians and look forward to action. Or not as the case may be.

Comments:
Hi Neil - a few misconceptions floating about here.The mach 10 that the weather balloons were alleged to acheive was not them relative to the air, but that from the ground the air mass they were in was travelling at mach 10.( even that seems a tad high ) Balloons, and airships operate on bouyancy, which is the same force that allows metal ships to float. To carry aloft to altitudes, like the one you quoted using hydrogen ( as the lightest gas, the volume of envelope required to carry a space craft which is then going to accelerate to orbital velocity would be truly huge ( in the order of tens of cubic metres per kilogram psyload. The most efficient way that altitude could then be harnessed is for the space plane to drop ( dive ) about 5000 metres to gain supersonic velocity so that it's hypersonic ram jets could operate. It is unlikely that the airship itself could go more than a few mph faster than the air mass it was in, due to it's huge cross sectional area ( no matter how well you shaped it )This does not mean that there is not a good future for high altitude lighter than air craft, which, if the canopies were transparent, could enclosed large photovoltaic arrays capable of tracking the sunlight all day, and producing enough power to do many of the things satellites do at a fraction of the cost, and able to remain on station for months at a time. Sandy

The writings of the late Gerard K O'Neil contain his ideas about building cloud cities which would rest at the top of the atmosphere and serve as a halfway house to space.

Also, what about airships with their surfaces completely covered with tiny cilla as many microbes have. I think that might speed them up somewhat.

The Mach 10 weather balloon referred to WERE traveling at that velocity relative to the air they were in. This was done during the Project Shot Put, a precursor program to the Echo Balloon satellite. These balloon were release from sounding rockets at 300,000 to 400,000 feet and zoomed 3/4 the way around the world before failing. This is the exact altitude the airship to orbit vehicle will be conducting there primary acceleration to orbit. This work continued to missile decoys and other hypersonic balloons and inflatables.

Thank you for that Mr Powell> Sandy does know engineering and I was unable to answer the points.

I hope my estimate of the sort of funding (perhaps through X-Prizes) as 1/4 that of the average UK quango is of the right order.

John Powell has me a bit confused about what he means. If you wiki rockoon you will see that balloons have been used to elevate solid fuel rockets to altitudes nearing 100,000 feet before the rockets then fired and acheived near space altitudes.The point is a very large lighter than air craft cannot be accelerated hard in an inflated condition.The echo balloons were to be inflated once they wre already in orbit. Sandy

Sorry for the late comment but I just found this thread.

I think Mr. Powell's point stands that the lighter than air structure can survive the acceleration. As for whether it would be able to achieve it... the orbiter, as I understand it is a lifting body so as the speed increases the lift should keep pushing it up into thinner and thinner are with less and less resistance to acceleration. So such resistance is self-limiting. The craft would never need to plow through air any thicker than it could handle.

One thing I don't understand is why one even needs the platform or the two different crafts. Have one lighter than air lifting body craft, let it rise to the level the platform is to be (maybe have a second stage deploy after giving the front section all the fuel and taking down some of the trash you used on the way up or recycled helium you compressed as the air got thin), then start the ion engine(s) and let the lifting body cruise you up as before.