An Untold Story of the Cold War - Philby, Pournelle and Albania

Some time ago, on news that the Russians were honouring Kim Philby, Jerry Pournelle made this quite remarkable statement.


Philby did monumental damage to the CIA, and it was his actions more than anything else that convinced James Jesus Angleton that the Soviets had moles in the Company. We can make the case that Philby prolonged the Cold War by a decade

This is a statement from somebody who was in a position to know, not given to unwarrented statements and no friend of Philby or other fellow travellers. It is certainly true that Angleton's molehunts damaged the CIA


[following the defections of Golitsyn and Nosenko] Angleton became increasingly convinced that the CIA was compromised by the KGB. Golitsyn convinced him that the KGB had reorganized in 1958 and 1959 to consist mostly of a shell, incorporating only those agents whom the CIA and the FBI were recruiting, directed by a small cabal of puppet masters who doubled those agents to manipulate their Western counterparts. ..the resulting paralysis...
In the period of the Vietnam War and Soviet-American détente, Angleton was convinced of the necessity of the war and believed that the strategic calculations underlying the resumption of relations with China were based on a deceptive KGB staging of the Sino-Soviet split. He went so far as to speculate that Henry Kissinger might be under KGB influence. During this period, Angleton'sAngleton was also responsible for an illegal operation that screened international mail and telegrams.


Another joint Anglo-American intelligence operation with which Philby was involved was doomed by his participation. From September 1949, British and American intelligence services had been developing a plan to foment counter-revolution in the Stalinist republic of Albania. This project, known as Operation Valuable, aimed to overthrow the Enver Hoxha regime and reinstate Albania's King Zog. Albanian émigré guerrillas were trained by British and American forces, overseen in Washington by the CIA's Office of Policy Co-ordination and by SIS's representative: Philby. From 1950 through 1952, these guerrilla forces were parachuted into Albania. However, the Sigurimi (Albania's Stalinist secret police) had been forewarned by intelligence communicated to the Soviets by Philby. A large number of the guerrillas were killed upon landing; those who survived were brought to trial and executed.

More on the attempted Albanian subversion here which says the failure was historically inevitable - something most historians normally say of most things. But here is something the Wikipedia authors know nothing about


My favorite story that Jerry [Pournelle] told me about his adventurous life is the tale of his attempt to liberate communist Albania.

"Back in the mid-1960s, Jerry, his mentor Stefan Possony, and Leka, Pretender to the Throne of Albanian... started to organize an invasion of Albania by patriotic exiles to overthrow communist dictator Enver Hoxha.

"The larger strategic goal was to puncture the myth of communist inevitability by rolling back one country. Hoxha had alienated the Soviets by denouncing Khrushchev's 1956 policy of de-Stalinization. And he had earlier broken with Tito's Yugoslavia, making his nearest ally Red China. So, invading Albania wasn't likely to start WWIII.

"King Constantine II, last King of the Hellenes, lent them his summer palace in Corfu, from which the hills of Albania are visible, as their headquarters.

"Their sponsors in the U.S. government didn't want to be seen providing the crucial air cover needed to allow the invaders to cross the channel from Corfu. And without air cover, it would just be another Bay of Pigs.

"So Jerry and Co. persuaded King Hussein of Jordan, who owed a lot of favors to the U.S. and was amenable to liberating his fellow Muslims in Albania from the godless Communist tyranny, to promise his British-built air force would wipe out the 11-airplane Albanian air force on the ground in a surprise attack. Jerry thus spent a lot of time in Jordan training their pilots on how to pull off a sneak attack.

"Back in Corfu on June 5, 1967, Jerry was called to the radio to hear the news: the Israelis had pulled off their own sneak attack, wiping out the Egyptian air force, and in the subsequent fighting later that day destroyed most of the Jordanian air force

"So, the liberation of Albania had to be called off.

"Decades later, Jerry met the President of Israel, Ezer Weizman, who had been Chief of Operations in the Six Day War. Jerry explained how Weizman had wrecked his invasion of Albania. Weizman exclaimed to the effect that: You were that foreigner who was training the Jordanians how to pull off a sneak attack? We thought you were a Russian training the Jordanians to attack us!"

Okay, so this sets the bullshit meter ringing about three different ways....But there might have been *something* going on. The junta of the Colonels had recently taken over in Greece, and various odd stuff was in the air.

So how much of this is true. Does Jerry think Philby prolonged the cold war by 10 years because the roll back of communism in 1949 was prevented by Philby? Did Jerry actually do all this? Fucked if I know. However Jerry was an active cold warrior who came up with many schemes and had a large personal role in selling SDI to Reagan which did if not win the cold war on its own played a very major part so he has an informed opinion of how it was fought at the very least. Were Philby's actions, which certainly happened or Jerry's, if they did, good, bad or otherwise. Again I don't know - this is to big for me.

What I am sure of is that history is not inevitable, and that it is made up of many more things than get in the history books. That the acts of individuals do matter almost as much as those of Presidents and armies. And that many of the actors don't get to fit into the official historian's picture. 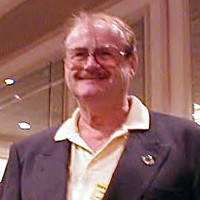