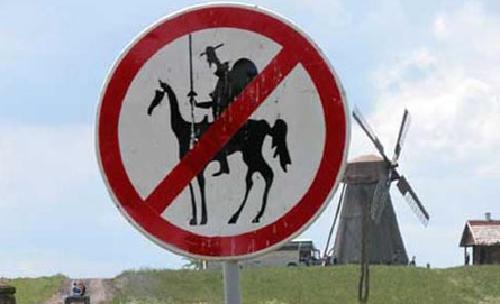 
Clark Cross (letter) said that the Scottish Renewables spokesman is paid, via the windmill "industry" out of "hidden charges in our electricity bills" mandated by government. The truth is even more appalling.

Its membership, on their online site, shows a large part of their subsidy comes directly from government departments & quangos. Most disgraceful is subsidy by the Scottish Development Agency whose £350 million is nominally to develop the Scottish economy rather than subject it and us to power bills 10 times larger than they need be.

Government is using ever more taxpayer's money to finance "independent" organisations (known in the blogsphere as "fakecharities") who propagandise for ever bigger government bureaucracy taking ever more taxes to solve what are usually non-existent problems.

There is barely a scare story, whether it be about global warming, passive smoking or salt which cannot be traced back to some government funded front organisation.

As Mencken said "The whole aim of practical politics is to keep the populace alarmed (and hence clamorous to be led to safety) by menacing it with an endless series of hobgoblins, all of them imaginary."

Scottish Renewables sponsors http://www.scottishrenewables.com/members/membership-directory/
Editing dropped 3 words and  changed it from 2 to 5 paragraphs, both of which were an improvement. I am very pleased with this, the 3rd letter in the lead section. It may contain the first paper media reference to fakecharities (albeit their spellcheck made it into 2 words) which I regard as an odious method used by government (more the civil service and quangoists than politicians) to bully us, with the enthusiastic support of government funded fake news organisations like the BBC and C4.