WHAT WE HAVE FORGOTTEN & THE AFGHANS KNOW

Three British soldiers have been killed in Helmand province in southern Afghanistan in the last 24 hours, taking the total of fatalities in the conflict above the death toll of the Falklands war in 1982...

A total of 256 British servicemen and women have now died since operations in Afghanistan began in October 2001.

That isn't a nice price to pay. Is it worth it - Ghod knows. As a mere mortal I would have to know what "victory" is defined as. If it is killing or capturing bin Laden I am pretty sure he has already been killed & I note the media mentioning him less & less so they may too. If it is preventing the Taliban controlling all of Afghanistan then we can do that because even before intervention they hadn't destroyed the "northern alliance".

I am sure that in any military terms we can win forever because a revolution in Unmanned Aerial Vehicles is dominating the battlefield. Whether having soldiers on the ground enhances our strength or merely provokes annoyance from the locals while giving them targets is a different question.

However what I am concerned about here is more the morale of western societies. Not so much of the people on the front line, who seem as brave as ever, but of those watching.

We fought a very silly war with Afghanistan over whether they should be bullied by Russia or by us. We fought a number of pitched battles winning decisively as pitched battles in such wars usually are, put a new cousin on the throne & "ensuring British control of Afghanistan's foreign policy in exchange for protection and a subsidy. Abandoning the provocative policy of maintaining a British resident in Kabul, but having achieved all their other objectives, the British withdrew." So we gave them some money & everybody left everybody alone. After all the posturing we may come to the same again.

But we had casualties then too. I don't know what it was for the whole war but in one battle, Maiwand casualties, excluding Indian soldiers, were

More than twice our losses in the entire current conflict. And we did not decide we had to give up. And that is the point. 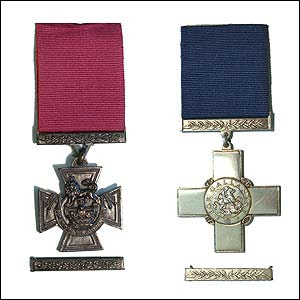 Achieving things takes risks & as a society we take enormous steps to minimise doing anything that involves individual risk. This war is an example. The way the Shuttles were grounded is another. The "precautionary principle" being used to prevent GM crops is another, the use of the undoubtedly wrong LNT theory to ramp up fear of all things nuclear is yet another. A society that will never allow any risks (& by any objective standards life is orders of magnitude safer than ever in history) will never accomplish anything & will be replaced by societies that do (not necessarily militarily but through being out competed).

And this squeamishness doesn't save lives. We have 25,000 die unnecessarily annually from fuel poverty. We know that increasing GNP 1% saves far more lives than lost in any accident. We know that the number who die because new medicines take decades to get approval is orders of magnitude greater than would in any credible accident. But nobody is responsible for anything that happens through inaction.