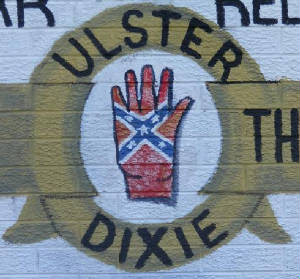 Today Northern Ireland's economy is about 70% government spending & it is necessarily massively subsidised by Westminster. Scotland at around 60% is not that much worse than the UK average of 52-3%. Still none of this is sustainable. Compare & contrast this with Southern Ireland where they cut back on the state sector & regulation & achieved 7% annual growth over the last 20 years & have bitten the bullet in this recession to cut public spending further.

It was not always so. Catholic Ireland used to be a backward culture of priest ridden peasants whereas the Ulster Protestant or Ulster-Scots as they are known have produced far more than their share of America's great. If the Scots are in competition with the Jews for title of small nation that invented the modern world the Ulster Scots per capita must come ahead. Their culture of free-thinking, argumentative & fertile frontiersmen produced one of the most go getting cultures in human history co,parable in many ways with the Normans.

More than one-third of all United States Presidents have had ancestral links to today’s Northern Ireland - proportionately far more than from any other immigrant group.

At least 15, from Andrew Jackson (7th) to George W.Bush (43rd), are descended from the many thousands of Ulster Scots, often known as Scots-Irish in the US, settlers who left the northern counties of Ireland for the New World in the 18th and 19th centuries.

These so-called Scots-Irish were in the vanguard of the pioneers who opened up the frontier and became, in the words of a prominent historian, “the first true Americans” who helped make the United States what it is today. Yet it often comes as a surprise for people to learn that so many Presidents, generals, bankers, inventors and movie stars had their roots in the same little corner of the world, sharing ‘this stern and virile’ heritage, as Theodore Roosevelt described his maternal Scots-Irish ancestry...

Among the historic Scots-Irish Presidents, the best known are Andrew Jackson and Ulysses S. Grant whose portraits adorn, respectively, the $20 and $50 bills which share the pockets of US citizens with coins bearing the American Eagle emblem designed by Co. Londonderry-born Charles Thomson. It was Thomson who, as Secretary of Congress, also drafted the first version of the Declaration of Independence which was duly printed in 1776 by Co. Tyrone-born John Dunlap, publisher of America’s first daily newspaper...

One can understand why the UK government has been willing to flood government money into Northern Ireland to try yo rebuild a society after so much fighting. However I am coming to the conclusion that such money almost always robs a culture of its vitality. Thus while none of us lightly turn down large amounts of free money from government the price may be to high.

We gave seen this in action in Gaza. If any reader can think of any instances of government aid, either foreign aid or jelp to depressed regions having a long term positive effect rather than producing dependency culture perhaps you could put it in comments. Thinking of this has had an effect on considering Scotland's future.

Comments:
Indeed, more than one African economist is saying "No more aid"