DEVELOPMENTS ON THE ROAD TO UNLIMITED CHEAP ENERGY 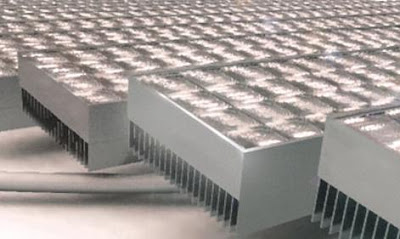 Eric Drexler spotted this in a report about the future, or otherwise, of fusion power.

Buried among the discussions of plasma physics, neutron fluxes, and a host of practical engineering concerns, there is a page that briefly notes the “Achilles’ Heel” that makes the rest look like an academic exercise. There is no mention of the problem in the introduction or the conclusions:

Fusion fuel is cheap, but the capital costs are high. This may be the Achilles Heel of economic fusion power. The capital costs must be lowered by significant amounts — an order of magnitude of cost reduction would be highly desirable but probably not attainable. Traditional cost cutting efforts offer marginal improvements and will not be sufficiently effective. Innovative approaches that promise orders of magnitude cost reductions on major items must be aggressively pursued… [This will require] new fabrication and production technologies….

Translation: There is no known way to build a remotely economical fusion power plant, even if the fuel is free and the plasma physics works perfectly.

This is not the last word for fusion powered space ships which can let the energy escape out the back end & aren't in populated areas so for both reasons don't have such materials needs. Also the power to weight ratio of a controlled hydrogen bomb is a massive asset in space. However it does mean no commercial fusion for generations until there has been a revolution in engineering & materials - at which time everything else will cost less & solar power satellites will be able to supply unlimited power extremely cheaply.

In the opposite direction we see, via Next Big Future the cost of ground based solar power units dropping fast. This seems to be a general engineering trend - complex materials costs keep falling.

Scientists at the University of Tel Aviv in Israel claim they have found a way to construct efficient photovoltaic cells costing at least a hundred times less than conventional silicon based devices, and with 25% energy conversion efficiency.

I suspect that over time this will also make solar power satellites cheaper though the main factor in their cost is that square miles of incredibly thin reflective tin foil don't weigh much much compared to Earthbound structures & don't require any maintenance out there with no weather.

The main problem with solar is that it doesn't work at night. This could be solved with a worldwide grid & if the world got together to create one it would probably make solar competitive (as well as reducing costs everywhere in the same way that the national grid reduced the need for back up generators) & would make electricity a worldwide tradeable commodity. If the international community really wanted to cooperate to end recession, using technology immediately available that is what they would do. Cheap solar merely significantly enhances the argument for the G20 to get off their arses & write the cross border treaties to allow it.

UPDATE This article give a view of how solar is becoming competitive in the US & thus growing fast. It should be pointed out that it is, so far, only competitive this way with government support but the trend is clear.

Comments:
The First Clarke Law is against Drexler.
There are many distinguished scientists that are working on nuclear fusion reactor using "not conventional" designs (AKA not hugely costly behemoths) and they have pretty tight schedules, so it will be possible to know if their approaches work or not in a few years (not twenty or more years).
Given they appear to respect their schedules and budgets, I suppose the chances of success are good.