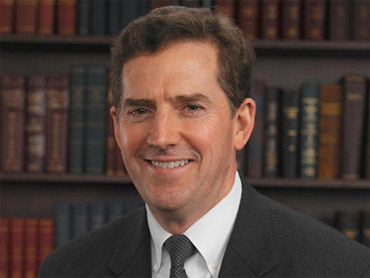 The particular instance is less important than war crimes. It is an attempt to circumvent the constitutionally mandated rules on the power of Congress & in particular to prevent a future Republican majority repealing laws. This is from Sarah Palin's Facebook

Last weekend while you were preparing for the holidays with your family, Harry Reid’s Senate was making shady backroom deals to ram through the Democrat health care take-over. The Senate ended debate on this bill without even reading it. That and midnight weekend votes seem to be standard operating procedures in D.C. No one is certain of what’s in the bill, but Senator Jim DeMint spotted one shocking revelation regarding the section in the bill describing the Independent Medicare Advisory Board (now called the Independent Payment Advisory Board), which is a panel of bureaucrats charged with cutting health care costs on the backs of patients – also known as rationing. Apparently Reid and friends have changed the rules of the Senate so that the section of the bill dealing with this board can’t be repealed or amended without a 2/3 supermajority vote. Senator DeMint said:

“This is a rule change. It’s a pretty big deal. We will be passing a new law and at the same time creating a senate rule that makes it out of order to amend or even repeal the law. I’m not even sure that it’s constitutional, but if it is, it most certainly is a senate rule. I don’t see why the majority party wouldn’t put this in every bill. If you like your law, you most certainly would want it to have force for future senates. I mean, we want to bind future congresses. This goes to the fundamental purpose of senate rules: to prevent a tyrannical majority from trampling the rights of the minority or of future congresses.”

In other words, Democrats are protecting this rationing “death panel” from future change with a procedural hurdle. You have to ask why they’re so concerned about protecting this particular provision. Could it be because bureaucratic rationing is one important way Democrats want to “bend the cost curve” and keep health care spending down?

The Constitution says the Senate make laws on a majority basis. Amendment X says specifically that if a right is not in the Constitution they can't make it up. So I have less doubts about its illegality than Senator DeMint. The question is will the Constitution, as written be upheld by the Supreme Court? Theoretically they could say that makes it a Constitutional Amendment which does indeed require a 2/3rds majority & that that makes the whole Bill such - that would be pushing it a bit. They could just say that part is unconstitutional. They cannot legally say it is allowed - but they may.

If it stood it would clearly be a precedent which could destroy the entire Constitution since it would allow any group with a temporary 50% + 1 majority to pass a law saying the President or any other appointee can do anything & require a 99% majority for repeal. However I am not arguing that the Constitution be interpreted in the spirit of freedom but simply interpreted according to what is written.

It should be noted that ultimately the law is not what any judge says it is but what it says. This is a dangerous doctrine since it allows, arguably requires, anybody who disagrees with the judges to resist. On the other hand anything else is more dangerous.

It is probably only a coincidence that this illegality has been carried out on the section which Sarah Palin was so widely condemned & supported for describing as a "death panel". My opinion is that she was technically right, in that a panel of people having the power to decide that some medical treatment required for survival is to expensive is a "death panel" but wrong to suggest it was new. There is an infinite amount of treatment available which has or may have a small chance of preserving life for a limited time. No society, capitalist, socialist or theocracy can give it all so there will be some sort of "death panel" under any system. What I am arguing against here is purely the fact that this section of the law is unambiguously contrary to the Constitution.

We will seE what happens - acquiescence could be fatal to the USA.