This indicates the extent gas prices in the US have been reduced by shale. From basically being in tandem with oil prices they have now dropped to 1/6th 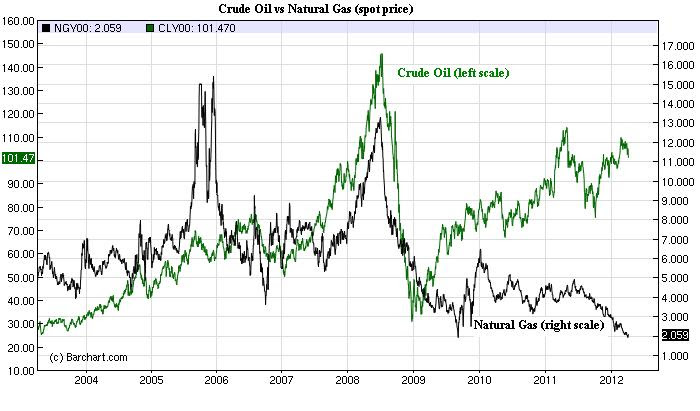 And here is a potential new breakthrough that can allow inexpensive transmutation of gas into oil:

The white pellets are a catalyst developed by the Silicon Valley startup Siluria, which has raised $63.5 million in venture capital. If the catalysts work as well in a large, commercial scale plant as they do in tests, Siluria says, the company could produce gasoline from natural gas at about half the cost of making it from crude oil—at least at today’s cheap natural-gas prices.

Meanwhile our own political classes are trying to talk down shale:

Finally George Osborne seems unable to resist repeating one of the most pervasive myths of shale gas extraction in the UK: that it will deliver significantly cheaper energy bills, as in the USA.

Differences in geology, extraction rights and the market realities (including the fact that the UK is plugged into a European market many times larger than itself, whereas the US is currently unable to export shale) mean experts have repeatedly warned that this is unlikely to be the case.

They include the Government’s Chief Scientific Adviser, David MacKay, who said that “the effect of UK shale gas production on gas prices is likely to be small.”

However it is often the case that when you look at what the ecofascists are claiming there is a beneficial corollary which they absolutely refuse to mention but which must be the case if their initial claim is close to true.  Just as attractive things usually have secondary effects which may be damaging, Luddite scares are equally likely to have beneficial secondary effects (eg CO2 increasing crop growth). Thus I commented:

The automatic corollary of the claim that shale won’t reduce gas prices because the EU market is insatiable is that there will be an insatiable market for our gas at current prices, which means we will have an incredibly favourable trade gap.

If we just allow the effort to be made.

Inexplicably none of those pushing the “it won’t reduce prices” argument, including our state broadcaster, ever mention the “the high prices mean vast amounts of money” corollary.

On the other hand a bit of bad news. Poland, which was pushing to be a major player in the shale gas stakes, is failing. Possibly partly because the geological structure is not as favourable as thought (though the gas still seems to be there so I doubt the extent of that), but primarily because the branch of government pushing this does not know or is unable to influence the regulatory morass the other hand of government is pushing the industry into.

And talking of parasites - we have the entire EU:

The gap in energy costs between Europe and its leading trading partners is widening, according to an official paper to be released by Brussels that shows industrial electricity prices in the region are more than double those in the US and 20 per cent higher than China’s.

Industrial gas prices are three to four times higher in the EU than comparable US and Russian prices, and 12 per cent higher than in China, says the European Commission paper, based on the most comprehensive official analysis of EU energy prices and costs to date.


“While Europe has never been a cheap energy location, in recent years the energy price gap between the EU and major economic partners has further increased,” says the paper, a draft of which has been seen by the FT.....
Lakshmi Mittal, chairman and CEO of steel group ArcelorMittal, writes in Tuesday’s Financial Times that the new energy and climate package must “close the huge cost gap that is threatening Europe’s energy-intensive industries”.
“If we paid US energy prices at our EU facilities, our costs would drop by more than $1bn a year,” said Mr Mittal, noting the US shale gas boom and more industry-friendly policies had led to much lower costs for industrial energy users in that country.
So is there any possible doubt we would have cheap energy and fast growth tight now if these parasites weren't deliberately keeping us in chains.