2 from the GWPF (HT Bishop Hill) 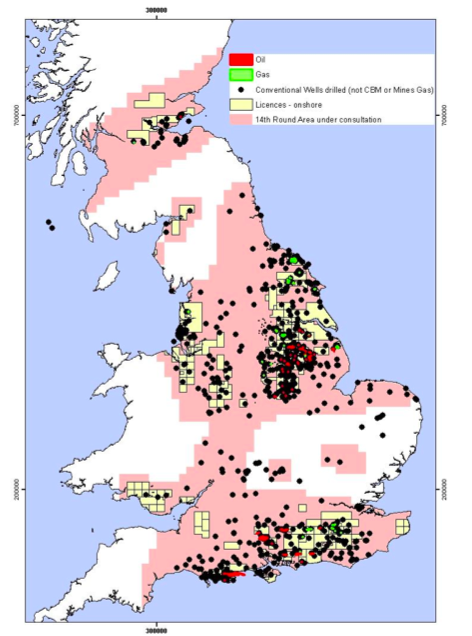 A map of shale gas in Britain. Clearly Scotland has at least as much in proportion to our population as the rest of the UK, though I assume the lack north of the Highland line is becaise of granite tocks.

Britain could have enough shale gas to heat every home for 1,500 years, according to new estimates that suggest reserves are 200 times greater than experts previously believed. The British Geological Survey is understood to have increased dramatically its official estimate of the amount of shale gas to between 1,300 trillion and 1,700 trillion cubic feet, dwarfing its previous estimate of 5.3 trillion cubic feet.


This is from government figures not yet published but perhaps they will be in due course with sufficient fanfare despite Ed Davy having previously lied about the "leading companies" in the shale gas industry having told him there was less than they had claimed back then and they needed more regulating??

To be fair, with current technology only a 5th can now be recovered, but the same, well actually a much worse ratio, applied when the oil industry started and we have plenty of time to develop the tech.
--------------------------
Another piece of news the BBC seem not to be reporting as they push the line that Cameron has struck a great blow for reform by a marginal cut in the EU budget.

European heads of state and government have agreed to commit at least 20 percent of the entire European Union budget over the next seven years to climate-related spending. The seven-year budget was agreed at 960 billion euros.

So that would be E192 billion wasted on pushing windmillery then. Still plenty of  money for the 90% of the major "environmentalist charities" (Greenpeace being the semi-honourable exception) who get 70% of their funding from the EU then. If you add the UK & Scottish government additions it comes to at least 90%.

Originally EU funding for these groups was limited to no more than 50 per cent of their annual income, but when members of the Green 10 complained that they were unable to attract enough voluntary donations to match the EU’s grants, the limit was raised to 70 per cent.

Comments:
Affordability of our Research Paper Assignment Help is another attribute that makes us the best College Paper Services provider in the industry.