The Mind of Humanity 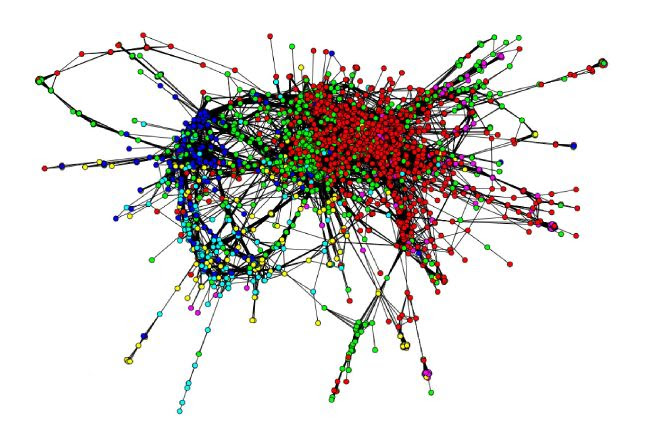 I find this from Kurzweill's site, to be a very beautiful picture. Many thousands of times better art than Damien Hurst's sharks in formaldehyde.  It is a graphic of the links between patents "helps forecast emerging technologies, thanks to an innovative data-mining technique. Developed by Péter Érdi at the Hungarian Academy of Sciences in Budapest and colleagues, it works by analyzing the frequency with which prior-art (previous patents) are cited by other patents. Plotting how the frequency of these citations changes over time shows that patents can be grouped into related clusters. These clusters evolve, sometimes branching into new disciplines, sometimes merging with one another.

That we are not only making new discoveries but now starting to learn how the process of making new discoveries works, and thus how it could be encouraged is a 2nd order of progress. I doubt if there are enough prizes won yet but it would be interesting to see patents which won prizes, or were involved in winning prizes, were placed. If prizes are as useful as I think we would expect them to form the longest extensions from the main body of knowledge.

Comments:
There are several things wrong with the patent system as it is today.

First, as you say, there are many patents that are only just additions to existing patents.

Second, many new patents are non specific and generally have not had that which they supposedly describe built.

Third, there is a great lack of patents for something that is actually new or truly innovative.