Dalgety Bay - A Query to the Academics 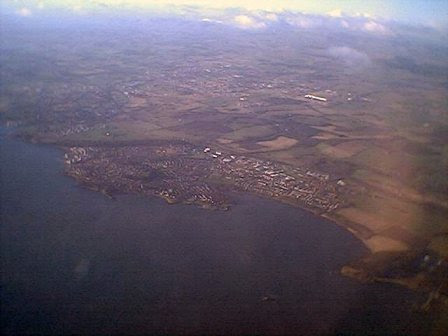 The silence of academics on this matter is interesting. Though it is not total.

Steuart Campbell (possibly Scotland's most respected science writer) contributed section 4 here. Freeman Dyson, one of the world's most eminent physicists has previously told me that he does not believe that such very low level radiation is harmful at all. In fact he says of the directly opposite theory, known as hormesis, that this radiation, if it were present at Dalgety, would actually be beneficial to health "which I find quite likely" http://a-place-to-stand.blogspot.co.uk/2010/11/freeman-dyson-guest-post.html. Professor Fred Singer, who had a prominent scientific career long before becoming dean of the warming sceptics and Jerry Pournelle, the space scientist who chaired the committee who persuaded Reagan to support SDI have been equally dismissive of the basis on which this entire scare story is based.

In the last few days I have received replies to FoI's from SEPA and & the Food Standards Agency. The former have confirmed that, with their massive resources in the field, they have been unable to find any scientific evidence whatsoever that such radiation is harmful. The latter, while relying on SEPA having proven the presence of radium there, something which SEPA have claimed but repeatedly been unable to prove, finally accepted that there is no actual evidence of danger and that they are relying entirely on the "precautionary approach" which, if they actually believed in it would require them not only to ban all food imports that could have come from higher radiation areas around the world but also "would require you to ban selling haggis on the grounds that it might attract flying saucers - a hypothesis for which there is no evidence, but then that is the point of this principle" http://a-place-to-stand.blogspot.co.uk/2012/05/dalgety-bay-food-standard-agencys-reply.html

Having seen the understandable unwillingness of individual scientists to "put their heads above the parapet" over global warming and the way that those professional bodies that get government funding line up behind government policy I am sanguine about any of them being wiling to take a stand here.

However I have decided to send a copy of this article to members of the radiological departments of Scotland's Universities to see if they would care to comment to ThinkScotland or myself.


My undernoted article on the alleged radiation "threat" at Dalgety Bay http://www.thinkscotland.org/change-scotland/articles.html?read_full=11466&article=www.thinkscotland.org has recently been published by the online news website ThinkScotland. It raises a whole range of questions about this scare story including, is the possible maximum theoretical amount of radium there no more than 1 part in 35 billion of the naturally occurring radioactives there? Is this an amount on which such scare stories can credibly be based? Is there any actual scientific evidence whatsoever for the scare story that low level radiation is harmful? SEPA themselves have confirmed they know of none and have to rely on evidence free assumptions by other functionaries.
A statement either way would be appreciated. I realise that saying that the scare story produced by a government department is without scientific foundation might be ticklish and if, for that reason, you feel unable to reply I will understand. In that case I hope you will be prepared to forward this to an emeritus member of staff, who could safely reply.

Comments:
This should be fun...

Please list some specific universities, and, if possible, those specific academics you'd hope to hear from.

It went out to all 15 universities in Scotland lhttp://www.scotlandinter.net/universities.htmlisted here.
Replies will be published. Either there will be none, proving I am dead right and the Scottish academics are completly cowed, or there will be answers that say nothing but cliches which will mean the same, or perhaps we will get some real responses, which would be fine even if they showed some error on my part - the last of these, alone, is how science works.