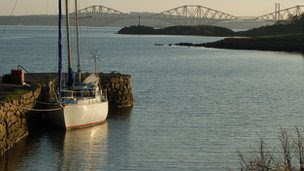 SEPA have "answered" my last FoI. As I said in that FoI posted here "I have now been asked to appeal this refusal and once again ask you to provide the specific information requested. Not merely to say it is somewhere on our website, particularly when this is not true."

A couple of days before the reply was legally due i got a phone call saying that since they were doing their very p best to provide a full and definitive set of answers would it be OK of they were a few days beyond the legal time limit. Being the moderate and placatory person revealed on this site I said yes.

So the reply is certainly extensive.

In answer to the first 3 questions (whether paint particles have been found, whether radium has been found, whether claims to have done so have been retracted and whether SEPA are more honest in any of their dealings than to falsely claim to have found them), SEPA sent a detailed 10 page reply. It said absolutely nothing beyond that it is all on our website - something which, incidentally is a lie.

The next file sent was slightly more responsive.

In answer to (4) - what scientific breakthrough proved, after they had made their promise to designate the place as radioactive waste that so completely changed all the evidence as to make them stop - the answer was - this is on the website.Iit isn't.

For (5) -what makes Dounraey different and what other local beach has been used as a control,  sample the answer was

Reports on the particles at Dounraey is available on our website http://www.sepa.org/radioactive%20substances/publications/dounraey%20reports.aspx..

So, while they don't actually answer the question the clear implication is that no scientific control sample has ever been taken at Dounraey to find out if it is more radioactive than background either and certainly that there is no stronger evidence for any threat at Dounraey than for the fraudulent scare story at Dalgety.

Since so many billions are being spent by the bureaucracy on Dounraey the fact that they cannot claim to have done even the most basic scientific examination of the alleged danger of these alleged particles is very revealing.


Statutory dose limits and constraints for the radiological protection of the public are derived from international agreements derived from bodies such as the EC, IEA and the ICRP.

That's it. No actual scientific evidence whatsoever - it is simply an assertion that has been decreed by those in charge. When I, as a private individual, say I have been unable to find any actual evidence against hormesis and for the LNT scare that is one thing. When the radiological department of a government "Environment Protection Agency" whose entire careers absolutely depend on the truth of this scare, under a legal obligation to produce it if it exists, says they know of no slightest scrap of actual evidence whatsoever that Linear Non-Threshold story us in any way truthful you can take that to the bank.

And that part of their "answer" took a mere 5 pages.

So now an appeal goes to the Scottish Information Commissioner that, having repeatedly refused to answer FoI's and in response to an appeal they asked me to put in, phrased in the simplest terms, asking for actual information, SEPA have gone to the greatest possible lengths to make no answer beyond "its on the website" (which is untrue) . Granted they accidentally revealed rather than deliberately told, the truth on the last 2 points.