Some recent links I have been reading on the global warming scam.

Britain's schoolchildren are no longer all to be getting forced classes in warming propaganda though individual schools may choose to keep lying.

Masspsychogenic illness - "Sometimes people in a group start to think they might have been exposed to something dangerous, like a germ or a toxin (poison).... If many people in the group start to feel sick at about the same time, we might think they have mass psychogenic illness....An outbreak of mass psychogenic illness is a time of anxiety and worry. Reporters are paying attention to the situation, and rumors are spreading." Catastrophic warming is a deliberately spread version but the symptoms are similar. Here is the case of the non-existent Mattoon Gasser

IPCC caught lying again - their report claiming it is possible to eun the world 80% on renewables turns out not to be an impartial document impartially produced by 2,500 of the world's best scientists but a rehash, by a Greenpeace, of a previous report/press release of their's

Prof Jones says his previous acknowledgement of no significant warming since 1995 ino longer applies - not because of more warming but because an extra years figures lower the barrier of "significance required". Discussion on Bishop Hill , in the comments, finds that (A) he has got his calculations wrong and (B) when the next set of figures come out this "significant" warming will almost certainly again sink below this horizon of significance. Had Jones been asked not about 1995 but 1998, the high pouint from which there has certainly been cooling, he would presumably have dismissed its "significance" on different grounds.

Calls for electricity bills to include money taken to subsidise windmills as a separate item. 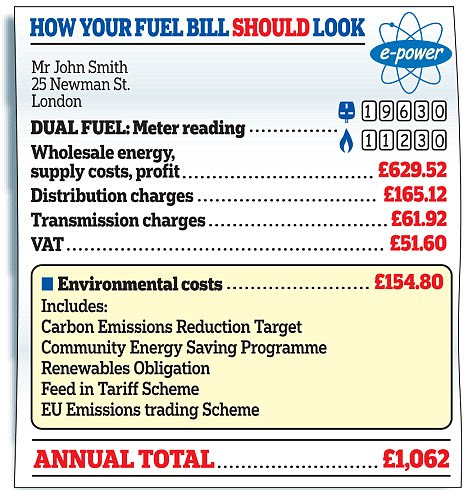 Al -Fin on Germany's Nuclear Phobia is Too Stupid for Words

The Department of Energy and Climate Change have released figures showing that greenhouse gases, including CO2, showed an increase of 2.8% in 2010, making the UK's 2022 target to reduce emissions by 35% likely to represent a real challenge. Worth the pain then!


And finally the silly item at the end - Scotland will be Europe's renewables shithouse, says Salmond

Comments:
Not all are true. Everyone has their own way of thinking but I think they have to reconsider. I like to argue for the most accurate results.
http://fivenightsatfreddysplay.com

I like to get up early to go out and breathe fresh air. I feel that it is good for health and a good habit
http://19216811ll.com