WARMING ALARMISM - ITS EFFECT, WHY IT IS FALSE & WHY IT IS PROMOTED 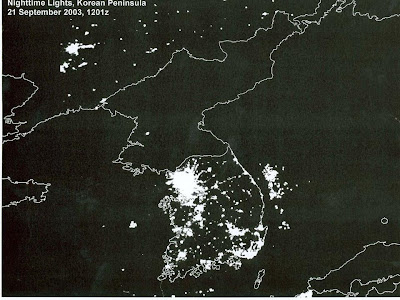 This article of mine, explaining the consequences of the warming scare, why it is wrong & why it is being promoted is now up on the ChangeScotland site. If commenting please comment there:

LAST YEAR Holyrood, unanimously, passed the most restrictive "Climate Change" law in the world. Together with the closure of our nuclear plants this means that over the next 10 years we have to close down half, far & away the least expensive half, of our electricity production.

This unanimity was largely reflected in the Scots media with BBC Newsnight Scotland breaching its nominal commitment to impartiality by describing the passage of the Act as the "good news" of the day - the bad news being the not unrelated fact that the recession is deeper & worse in Scotland.

There is a close relationship between electricity usage & GNP and Britain already has the highest ratio of GNP to electricity consumption of any large developed country so we might be quite lucky to get off with only halving Scotland's GNP as a result of halving our electricity production. Thus the Scots MSPs are unanimously saying that warming is so catastrophic that destroying half of Scotland's economy, even though the world CO2 reduction will be microscopic, is necessary.

Such unanimity in politics was common in the USSR. It is not expected in a democracy. If Scotland is a healthy democracy with parties who are genuinely free thinking then the evidence that we are experiencing catastrophic global warming must be so overwhelming & unarguable that it is worth destroying our economy simply to make what is, in terms of world CO2 production, only a token gesture.

There is no evidence for catastrophic warming. None. Nothing. Zilch. Nada. There is a theory, described in computer models, but a theory is not evidence & computer models themselves are only an extension of theory. None of the models predicted in advance that we would have the cooling there has been since 1998, indeed they did not show the medieval warming period though it was already known of. The scientific method consists of making observations, producing a theory that explains them & then testing the theory against future observations. The warming hypothesis fails the test of explaining all previous observations & thus cannot even be called scientific.

The claim of any warming at all depends on doubtful measurements, many taken at sites which, a century ago, were in countryside but which have now been urbanised, with a consequent significant increase in temperature. The warming claim also depends on the year chosen. If the start year is 1975, 1850 or 1600 we have had warming & alarmists usually start their graphs then. If the start year chosen is 1998, 1934 (in the US), 1000 or 6,000 BC, which would be equally legitimate, the globe is cooling. What we actually see is no clear upward or downward trend & a remarkably close correlation between temperature & the sunspot cycle. CO2 levels are essentially irrelevant & any recent change is well within historic parameters. The Medieval warming period was about 1 1/2 degrees warmer than today & the well named Climate Optimum of 9-5,000 BC was as much as 4 degrees warmer - this was an era of hippopotamus filled lakes in the middle of the Sahara, the folk memory of which may be reflected in the Garden of Eden story. Obviously that was not "catastrophic" nor had any "tipping point" to runaway warming occur then.

There are many other reasons to doubt the alarmists - the repeated frauds & lies they have come up with; that some of them such as James Hansen, were involved in the previous global cooling story; that CO2 increase means crops & other plants grow faster, absorbing more CO2 & thus making the phenomenon self limiting; that only 3% of all the CO2 produced worldwide is by Man so we simply cannot be causing the disaster claimed; that "environmentalists", have threatened us with dozens of catastrophe stories over the last 30 years, including global cooling, none of which have come close to being true; that despite the hype ("Netherlands under water by 2007") sea level refuses to show any significant rise; that we now know the Greenland ice cap has been there for at least 450,000 years & isn't that fragile; that we know of geoengineering methods of cutting global temperature at a small fraction of the trillions this scare has already cost.

The fact that this year, before the end of September, Scotland has experienced sub-zero temperatures, may also persuade some that the oft repeated official warnings of "mild winters" & "barbecue summers" have not proven entirely factual.

Life is to short to mention all the holes in the theory but suffice it to say that anybody who honestly believed CO2 was causing extinction level catastrophe would have to be demanding massive subsidies for nuclear power as the practical system that can provide large scale reliable power with far less CO2 than, for example, windmills (windmills need massive conventional back-up). Almost nobody pushing this scare does so & if those pushing it know it is a lie we should have no doubts.

Yet if all this is true (& I urge anybody to check) it is legitimate to ask why almost all our politicians & mainstream media warn us of catastrophic warming? Why they say there is a "scientific consensus" on it?

The nature of this lie points to its creators. I have personally asked many hundreds of politicians, newspapers, broadcasters & alarmist websites worldwide to name 2 scientists who are part of this "consensus" & who aren't funded by the state. The editor of the Independent & somebody on a South African website were able to give the same name (Professor James Lovelock who, seeing the climategate emails has largely reversed his position). Nobody else has managed even that. Patrick Harvie, asked on air, merely asserted that everybody knew it so he was not required to name anybody. It is a strange "scientific consensus" from which the large majority of scientists are excluded. In fact the largest single expression of scientist's opinions is from the Oregon Petition where 31,000 scientists have said the scare is false, but you won't see news reports on the state broadcasting service reporting that.

An example of the quality of government supported alarmist science was given recently in a lecture by Scotland's Chief Science Advisor. Among a long list of counter factual statements was the howler that "global warming will extend day length." Day length is determined by the planet's axial tilt as any well informed schoolboy knows. Per capita Scots get more scientific papers cited than any nation other than Switzerland. We have some of the world's best scientists yet the Lab/Libs chose her & the SNP confirmed the appointment. This is not purely a dig at Holyrood - she is also on a quango called NERC with a £400 million budget essentially for promoting "environmental" scare stories. In 2003 the OECD showed that government funding of science had negative value. The way the state has been funding only "science" & "scientists" who support alarmism while preventing sceptical research, when science is nothing but methodical scepticism, supports this disgraceful conclusion.

The explanation, or at least the only one that fits the facts, says much about the nature of modern politics. The great American writer H.L. Mencken once said "The whole aim of practical politics is to keep the populace alarmed (and hence clamorous to be led to safety) by menacing it with an endless series of hobgoblins, all of them imaginary." I do not easily come to believe that our entire political structure, including our nominally free media, whose standard of impartiality is set by the state owned BBC, is so completely corrupt that they would destroy our country simply to maintain power. Unfortunately, “When you have eliminated the impossible, whatever remains, however improbable, must be the truth.” Since we have eliminated the possibility that we really are experiencing catastrophic warming as claimed & even eliminated the possibility that most proponents actually believe it, the truth that remains must be that virtually all our politicians & state controlled institutions are deliberately promoting this false "hobgoblin" for personal power & profit. I am forced to agree with Czech President Vaclav Klaus, who knows what censorship of debate & unanimous votes mean & says "I see the biggest threat to freedom, democracy, the market economy and prosperity now in ambitious environmentalism, not in communism"

The world economy is now back to growing at 5% annually. China & India are growing at 10%. There is no question that we could at least match their growth rate if those in charge were not preventing it. That they are deliberately preventing it, despite almost identical promises from all the main parties, is thus also undeniable. There is really nothing one could say about those in power which would be overly critical.