CHINESE COULD SINK US CARRIERS AT WILL - NO NEWS AT TEN

Here is a hot off the press piece of news about something that happened on Oct 26th 2006 (wikipedia mention). However I am not too late because, apart from this article in the Daily Mail, a Google search shows it has had very little media coverage.


"When the U.S. Navy deploys a battle fleet on exercises, it takes the security of its aircraft carriers very seriously indeed. At least a dozen warships provide a physical guard while the technical wizardry of the world's only military superpower offers an invisible shield to detect and deter any intruders.

American military chiefs have been left dumbstruck by an undetected Chinese submarine popping up at the heart of a recent Pacific exercise and close to the vast U.S.S. Kitty Hawk - a 1,000ft supercarrier with 4,500 personnel on board.
By the time it surfaced the 160ft Song Class diesel-electric attack submarine is understood to have sailed within viable range for launching torpedoes or missiles at the carrier.

According to senior Nato officials the incident caused consternation in the U.S. Navy.

The Americans had no idea China's fast-growing submarine fleet had reached such a level of sophistication, or that it posed such a threat.

One Nato figure said the effect was "as big a shock as the Russians launching Sputnik" - a reference to the Soviet Union's first orbiting satellite in 1957 which marked the start of the space age.

The incident, which took place in the ocean between southern Japan and Taiwan, is a major embarrassment for the Pentagon.

The lone Chinese vessel slipped past at least a dozen other American warships which were supposed to protect the carrier from hostile aircraft or submarines.
And the rest of the costly defensive screen, which usually includes at least two U.S. submarines, was also apparently unable to detect it.

According to the Nato source, the encounter has forced a serious re-think of American and Nato naval strategy as commanders reconsider the level of threat from potentially hostile Chinese submarines.

... Beijing pleaded ignorance and dismissed it as coincidence.
Analysts believe Beijing was sending a message to America and the West demonstrating its rapidly-growing military capability to threaten foreign powers which try to interfere in its "backyard"...

The Chinese have also developed or are developing a land based missile capable capable of destroying aircraft carriers at a range of 900 miles.

Understandable that the Chinese would wish to make their side of the Pacific their backyard where the US cannot project power without their tacit approval.

That submarine could certainly have sunk the US carrier & probably have got away too, had that been the intent. A submarine that could do that without being detected by the best the US can produce is indeed technologically advanced & the comparison with Sputnik is fair.

Note the difference in media coverage. Certainly had China wished to publicly crow about it they could have but the fact that we do not hear about such a massive change in the balance of power must also be because our own leaders didn't want it. 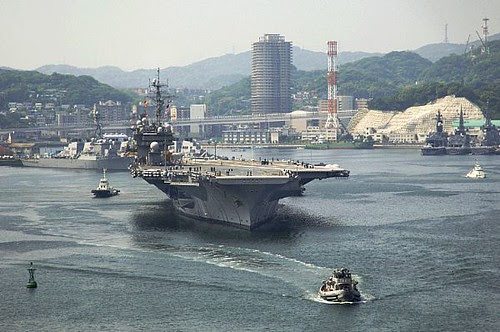 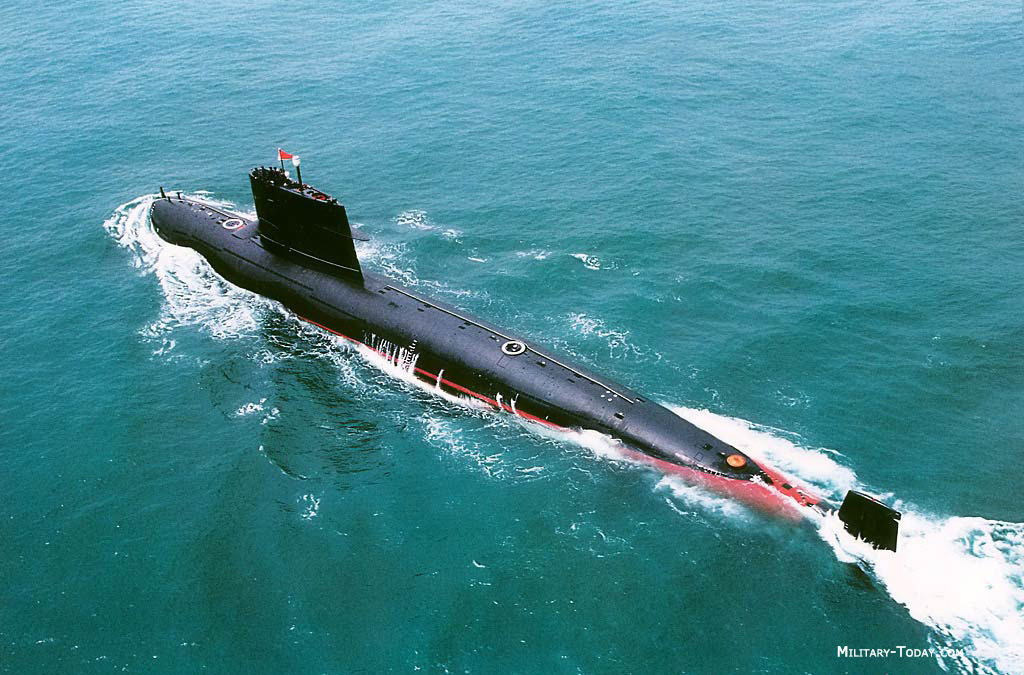 going for a Song

Comments:
The Americans are aware of the vulnerabity of carriers:

As for the British; well, we can't afford them so notwithstanding the Glasgow shipbuilding vote, it's a moot point.

Diesel electric boats can be very, very quiet and difficult to detect without using active sonar. However, when running on electric motors, they are rather slow, especially compared to carrier battle groups. Albeit, Kitty Hawk was a smaller CV rather than CVN, therefore didn't necessarily run as fast.

Therefore you need to place the SSG in a choke point - littoral waters and straits are ideal. Then a torpedo attack becomes a possibility, although if there was a high alert state, some of the screen ships would be transmitting on active sonar - something the USN generally limits because of environmental concerns.

If the SSG needs to snort, it suddenly becomes much more noisy than the carrier groups SSNs and, unless it can hide amongst equivalently noisy fishing boats, much more easy to find.

On the other hand, if it can fire the extended range variants of the "Eagle Strike" missile - no reason why it shouldn't - it gets a much longer range, possibly a couple of hundred km effective - but it also has to worry about the intense air defence screen of the battle group. This was designed to cope with regimental raids of Backfire bombers - far more missiles and a greater saturation than can be achieved with a submarine - and attacks by multiple Oscar class subs.

Thanks - this was off Taiwan so it seems likelt the Chinese would have had a fair expectation the US fleet would exercise there so that fits. Glad to know this is not a super-weapon but still very formidable.

Which has pretty much been our motto ever since.

That is alright you think our inability to track Communist military is bad. You should see Communist SOE's destroying free enterprises in the US and inernational market place due to Communist unfair competition.
http://rideriantieconomicwarfare.blogspot.com/

Against the US Navy the Chinese subs would have the lifetime of the 3 ISIS jet fighters.

It may have followed a carrier group but there is no doubt a US Sub was following it undetected since it left port.