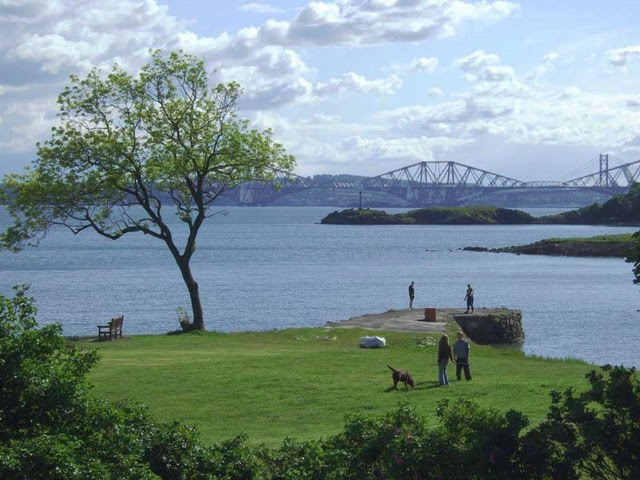 Dear SEPA
With regard to the CD full of readings you sent me I regret to say I cannot accept this as an answer to my FoI enquiry.

- The Dalgety Bay Report on your website you referred me to, you may be astonished to find, appears unaltered from when SEPA previously directed me to it. Then I pointed out that at no stage did it mention the scientific tests which, if SEPA is in any way honest, have been done to prove the microscopic radioactive particles consisted of paint.

Dealing with the reports you sent me in the order on the CD
----------------------------
- 1997 Non Tech makes no mention of the amount of background radiation on adjoining beaches (part of my 2nd question) but says that "the highest reading recorded at Dalgety Bay was still less than 2/3rds that found in a typical Aberdeen street" which, purely from my layman's knowledge would seem to suggest SEPA have been spending our money making a mountain out of something both literally & metaphorically millions of times smaller than any molehill.

- 1997 Tech refers to any possible risk being LESS than 10^-6 (1 in a million) which does not seem to put it in the priority class SEPA have done. It then says that "the operator must be constantly alert in taking almost continuous decisions as to whether does rate fluctuations were merely random nature of background" which appears somewhat less than certainty. his report specifically mentions identifying radium as an objective but no mention is made of how particles are identified as such, rather than natural & mention is made of particles being at the limit of measurement. No mention whatsoever of chemical identification of paint.

- 1998 Tech say the "radium" was detected purely by its Gamma ray signature not correlated with alpha radiation. This would appear to make it impossible to differentiate from natural gamma radiators.

- The 2005 location map shows a wide spread of material inconsistent with one burning or one site of burnings of dials.

- The Assessments (1996) states specifically (sect 4.4) of samples with detected radiation that "attempts were made to disaggregate these samples to pinpoint more accurately the location of the radioactivity. The result showed that .... it was not possible to subdivide the sample further without loss of identity to its constituent parts" so not only was it impossible to test the radioactive sub microscopic particles to find if they were paint it was impossible even to isolate them.

- Report to the Scottish Office again says, without any question, that radium had been found in 1990. during a "limited survey". How it was proven is still not stated. It also says that radium 226 was found "in substantial equilibrium with its daughters" (ie particles radium had changed into). This would suggest that (A) what was found had a radiation signature significantly different from pure radium & (B) since the half life of radium is 1600 years to achieve a "substantial" breakdown we would expect it to have been there for about 3,200 years, which predates the establishment of the RAF. And there is mention of radon which is a result of natural radioactives not radium paint (at least not unless you have thousands of gallons of it).

- I acknowledge that report from Babcocks (2005) says that background at Dalgety Bay is 50-55 counts per second at Dalgety & also that it is "believed" the it was contamination which is again not consistent with the assurance that it had been scientifically proven which we are agreed represents the absolute pinnacle of honesty to which SEPA aspires.

- The report of Dec 1990 says that particles of radium 226 were found in 1990 but makes no reference to how it was proven that that is what they were, let alone of testing by paint. Paradoxically it also suggests testing for radon in homes which would imply naturally occurring radioactives rather than radium from dumped dials.

- Dec 1991 also refers to radium having been "found" on the previous occasion but not as to how this was determined. Interestingly it says that under the area of raised background radiation was a "layer of clinker & ash" materials which would be likely to contain natural radioactives in increased quantities but which clearly do not make up fractions of a gram of paint. This layer was 0.5m down & so was probably set down millions of years ago rather than in 1945.

- July 1993 again refers to radium having been found but not as to how it was allegedly identified. Again the radioactivity is mainly at the half meter depth.

- June 1992 refers to it being at depth & particles being part of "well compacted materials" (colloquially rocks) which again is inconsistent with it being burned wooden dials.

- May 1992 again refers to material being buried "at least 10cm" which is again clearly inconsistent with a few burned dials,

- Nov 1993 report to the Scottish Office Mr Tilly specifically states that particles of radium-226 have been identified but again no attempt to say how they were identified.

- Sept 1990 refers to particles in "2 particles of fused glass" which again is more consistent with ancient volcanic action than a recent bonfire.

- Sept 1991 claims to have found 2 particles of radium in mint leaves (not paint) but again declines to say how it was identified. The mint appears to have been undamaged until picked.

- Sept 1994 refers again to radium particles as part of the same buried layer. Again no explanation as to how it was identified as radium 226, let alone as paint.

Since my FoI request was first put in in the beginning of February & SEPA & indeed the Scottish civil service have stood entirely behind Mr Tilly's claim that these tests have been done we must accept this assurance as representing the very highest standard of honesty to which SEPA & the Scottish civil service aspire. That being the case I am entitled, despite SEPA's previous claim that "Neither SEPA nor its officers are under a duty" to respond you most definitely are under both a moral & legal duty to do so & you have already delayed over 3 months.

Since the earliest reference to finding radium was during a "limited" examination in September 1990 it would seem, assuring SEPA are to some extent honest, that this paint report would be dated then though this seems difficult to match with the 1996 statement that the radioactives couldn't even be isolated.

I would also like add a new inquiry, rather than as a change to the previous enquiry:

How much has SEPA spent since 1990 on investigating a level of radioactivity smaller & less dangerous (under the LNT theory) or less beneficial (under the hormesis theory) than the radioactivity encountered by everybody daily in any street in Aberdeen?

Comments:
Sept 1991 claims to have found 2 particles of radium in mint leaves (not paint) but again declines to say how it was identified. The mint appears to have been undamaged until picked. bridal bed sheet set , cotton duvet sets double