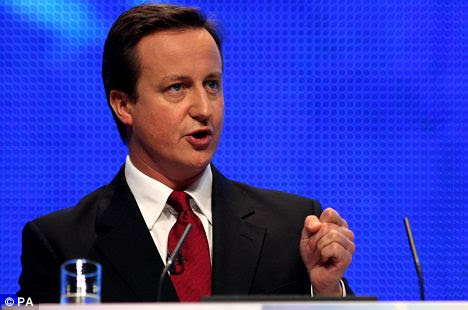 Long time readers will know that I have been calling for a substantial cutting of corporation tax as they did in Ireland thereby achieving 7% growth.

The SNP have been formally in support of this for 3 years though the fact that CT is currently reserved to Westminster means they have not had to make good on it & though they have cut business rates they had to be pushed by the Scottish Conservatives to do it quickly.

I believe that CT, closely followed by business rates, is the most economically damaging of all taxes since they impinge directly on discouraging wealth creation & growth, CT slightly more because the amount paid rises directly with profits not assets which hurts the most efficient producers most.

Therefore I was very pleased to see in David Cameron's speech yesterday:

So here's what we're going to do. We'll start by dealing with the nightmare complexity of our business taxes. We'll get rid of those complex reliefs and allowances and use the savings to cut corporation tax by three pence.

Very good indeed. That cuts it to 25%. A very long way from Ireland's 12.5% & all taken from promised cuts in exemptions but no more could reasonably be expected bearing in mind his repeated statements that the economy has been brought to such a state that that tax cuts generally are impossible. Cameron has decided that the first such cut should be on business taxes. He must know that a cut in income tax would be more popular (as Nick Clegg has cynically shown he knows reversing the previous "LiB Dem" position that tax cuts are "illiberal" & too right wing" to discuss) but that the long term interest is far better, if in a more difficult to explain way, served by the bonus of a permanent increase in growth than a one off tax cut.

I have not previously been a great supporter of Cameron, thinking him more spin than substance & having seen his ridiculous "conversion" to Greenery. However recently the Conservatives have come out for what is is pretty much the free choice educational voucher system that worked in Sweden. The idea that parents get to choose whether to go to a bad school or a good one upsets the educational mafia, but is a long overdue reform. During the Glasgow East by election Cameron also made a well thought out speech against dependency culture which didn't improve the chances of his candidate winning, though nothing but a snowstorm in the infernal regions would have. Certainly the Conservatives have a lot of good ideas see John Redwood's Economic Competitiveness Policy Group & Iain Douglas Smith's report on inner cities but I had been worried Cameron was too much the PR man. On the other hand Machiavelli said that the way to tell if a prince was intelligent was to look at the ministers he chose - that only a capable prince would consistently choose people of ability & there seems little argument that the Conservative front bench holds more people of ability than the Labour one.

Now having endorsed a 10% cut in CT the best thing for Cameron to do would be to undertake not to increase the tax take on CT & business rates during his government. This would allow the Laffer curve to work & give confidence to industries considering long term investment while not exposing him to an accusation of taking money from the poor. The tax money cut, would be from a virtuous circle of new wealth & would, assuming increasing growth probably allow further year on year cuts of 3-6p getting it down to the Irish rate in 4 years.