CORPORATION TAX CUTS BECOME THE CONSENSUS - WILL ANYBODY DO IT? 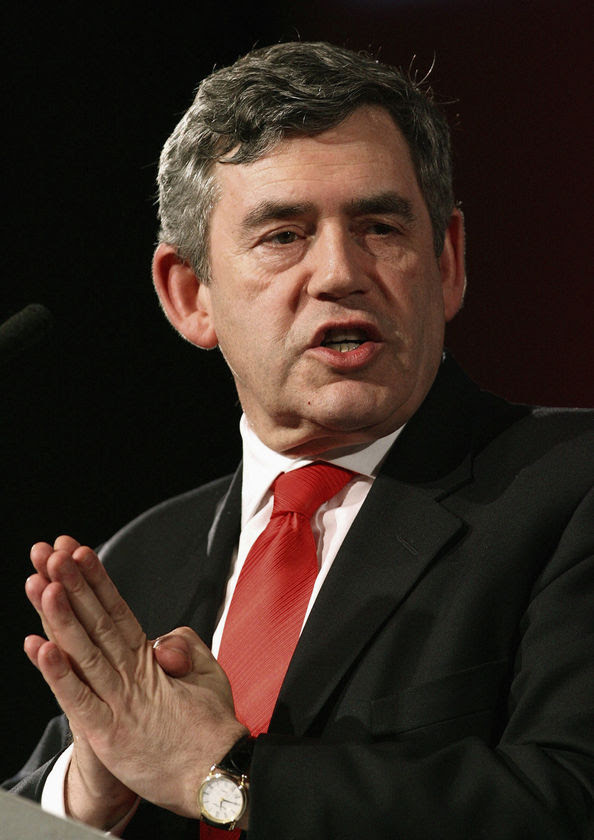 From Gordon Brown's speech to the Scottish CBI

"First of all," he told Scottish business leaders, "devolution has worked but I do see one problem. While there have been good reasons why this is so, the Scottish Parliament is wholly unaccountable for the budget it spends but not for the size of its budget. And that budget is not linked to the success of the Scottish economy. That is why we asked the commission to look carefully at the financial accountability of the Scottish Parliament and this is a critical part of Calman's remit."

In other words increased fiscal autonomy. This would require the Scottish government to have control of corporation tax.

That is very good. Cutting corporation tax was the main plank in Ireland achieving 7% growth but has not been within the powers of Scotland. It has been SNP policy for over 2 years. If Labour UK propose us having the power to cut CT it is impossible that Scottish Labour would not endorse this which in turn means they would be likely to say they want to use it. Raising it is understood by almost everybody to be very damaging to the economy & nobody more sensible than Sheriden is going to call for that. While the Conservatives have not officially called for cutting CT (allegedly because it might jog Cameron's elbow) most Tory MSPs like the idea & they were responsible for the SNP keeping to their promise of an early cut to business rates. Even Tavish Scott, whose LibDems expelled me in 2005 because I had been trying to get the party to at least debate such cuts, recently brought up, unprompted, this possibility (officially it remains "too right wing" to be discussed & holding such views "incompatible with membership of the LDs).

This brings us to the next problem. Once we have such power & all the main parties committed to cutting CT how do we make sure they do so? Throughout Jack McConnell's rule as Labour leader he was officially committed to making growing the economy his "number 1 priority" yet he did virtually nothing. The SNP have promised a "Celtic Lion" economy matching or bettering Ireland's but all they have done is a small cut in business rates & even there they had to be pushed by the Conservatives. The LD's promises are even less trustworthy in light of their eagerness to expel anybody who says they should be kept. Corporation Tax raises £2 billion in Scotland. We could afford most, or even all, of that but it would annoy a lot of special interests.

It may seem strange that if the entire political establishment & large majority of voters are agreed on a policy it doesn't get followed. However this is a more particular example of a general rule. All these parties have always been committed to a successful economy. All that has changed is that they are now pretty much agreed on what needs doing.

The problem is that while economic success is very much in the interest of the public as a whole, parties are made up of special interest groups (some of them pretty weird because the satisfied are less likely to become political activists). When given the choice between pleasing everybody a bit by cutting taxes & letting the economy grow, or pleasing one of their own interests by spending more money on Ludditism desired by activists they tend to find paying the Danegeld the easier option in the short term. Most politics is about the short term on the assumption that the public & even more the media, has only short term memory. The example of Labour enforcing the smoking ban shows that parties will even ignore their core vote to please the activists special interest groups.

My own opinion is that the public do not have such a short term memory but that it would require a party to keep plugging about something & to make specific promises as to amounts & dates of CT cuts & the sort of specific promise that this would take priority over specific other measures, to convince voters. A rule of advertising is that when people say they are getting bored with an advert is when it has sunk into their consciousness & is working. I think any of the 4 parties could take advantage of getting really boring on the subject that Irish growth is achievable & that they, alone, can be entirely trusted to do it.
---------------------------
In this light I would like to point out that in the same speech Brown has ruled out a !windfall" tax on petrol (with the alleged intent to reduce its cost) which would damage confidence in the entire economy & ensure nobody invested in the energy sector (but most of the bad results would be in the long term). I had high hopes of him because I was convinced he knew what needed to be done to achieve economic success. I still think he knows & wish he would just do it. By comparison, last night, all 3 candidates for Labour leadership in Holyrood said the wanted such a tax. However badly Gordon is doing it is clear he is head & shoulders above any other possible Labour replacement.